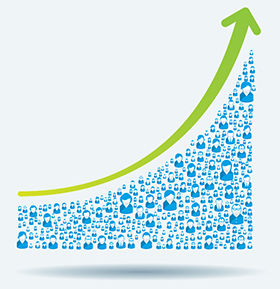 I bet you are thinking, wow, I sure wish this were my business! Think of the money rolling in.

In some ways you are right to wish you could see that much growth in such a short time. In this situation however, this many customers is actually causing the reverse of money flow.

Medicare is celebrating 50 years and currently covers 55 million US citizens. Medicaid and the Children’s Health Insurance Programs cover over an additional 71 million beneficiaries. In 2013, Medicare cost the federal government nearly 600 billion dollars. Not a small sum, but one that most of America’s seniors, disabled and youngsters alike rely on to help them obtain quality healthcare.

As our congressional leaders line either side of the aisle to discuss the next 50 years of the government’s role in providing healthcare for our aging and disabled population there are very different opinions of what should and what will happen. But on a couple of statistics they appear to agree:


Both parties agree that Medicare and Medicaid have become part of the security and healthcare support that many Americans rely on as they age or become disabled. And both agree that this is a key priority that must be addressed to prevent a major disaster from occurring that would be unprecedented. 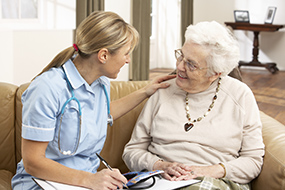 The solutions being debated are very different but regardless of which side you prefer, as you or your loved ones approach the eligibility age, this topic will loom large in your list of priorities.

Back in 2013 there was an article in USA today that should have awakened the American public as well as shaken the healthcare systems nation wide. Here are some of the statistics they cited:


While Medicare and Medicaid continue to help millions, what is the future going to hold for the aging and often ailing American population? How will the seniors afford coverage for prescriptions that costs hundreds of thousands of dollars for cancer treatment? How will they meet the challenges of hearing and sight loss without insurance coverage to assist them?

Our healthcare providers as well as our congressional representatives and you and I will all be affected by these demographics, and we need to focus on prevention and health instead of illness if we are going to weather this impending storm that is on the horizon.