A Peek Into Healthcare's Future 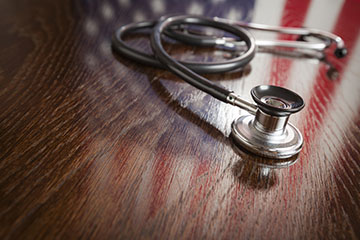 I don’t know about you, but I find myself wondering what has happened to our unity? What has happened to optimism? How will this surprising presidential and congressional election affect America and its citizens? What will healthcare, finance, and industry look like in 2017 and beyond?

In an earlier post we shared some of the questions that were being reiterated about how the Trump presidency would impact American healthcare. There are many questions surrounding other potential changes. At Med One Capital we serve healthcare providers and suppliers. We are focusing on the questions, projections, and even speculation of how this will affect our customers and of course ourselves as consumers of healthcare.

Let’s begin with the largest and perhaps the most threatening projection regarding healthcare. He will dismantle and abolish the ACA (Affordable Care Act aka Obamacare)

True, the party and the president elect himself have voiced their plan to do just that and the implications of that decision are massive. First, what will happen to the millions of people who have obtained coverage under this plan? Will they once again find themselves without affordable health insurance? How will this impact the thousands of hospitals and other providers?

ACA provisions that are not likely to be repealed:

ACA provisions that are expected to change:

During the approximate 2-month transition of the Oval office, the Republicans must agree on what to replace the current system with. It is not enough to simply repeal the law without a replacement strategy. For over 6 years, Republicans have attempted to repeal, but it is apparent that now is the time to have a solid citizen supported program ready. For insight into the potential of “Trumpcare”, see Speaker of the House, Paul Ryan’s A Better Way. You can access it at: abetterway.speaker.gov. In June and July, Ryan outlined what the Republicans proposed to replace the ACA with. His suggestions include choice of plans not mandates from Washington, investing in medical technology and streamlining FDA approvals to incent innovation that will reduce costs, stronger Medicare, and changes to Medicaid.

Another site that gives a glimpse into future healthcare is Donald Trump’s 310 word article that has been published by many organizations, including Healthcare IT News. www.healthcareitnews.com/news/donald-trump-posts-new-310-word-plan-health-reform. Here you can find initial statements on Medicare modernization, returning Medicaid regulations to states, and FDA reform similar to those in the Better Way plan.

Although this is just a beginning, it has stirred both celebrations and anxiety.

How the industry is responding is an interesting survey found at the same site. It includes feedback from a wide range of interested people.

Whether you agree with the thought that Obamacare is going to be repealed or replaced, or if you join the optimistic demonstrators believing that we will have an overthrow of our duly elected President, the fact remains that the area of healthcare will be disrupted. Only time will reveal what will happen. There are both naysayers and supporters of the need for change.

In this time of uncertainty for our industry, we will sort through the many opinions and share information with our readers. As you reflect on the news and other articles you read, please share your concerns, thoughts, and feedback with us. Understanding what is important to you allows Med One Capital to seek out and share information.