Why We Chose Medical Equipment Leasing 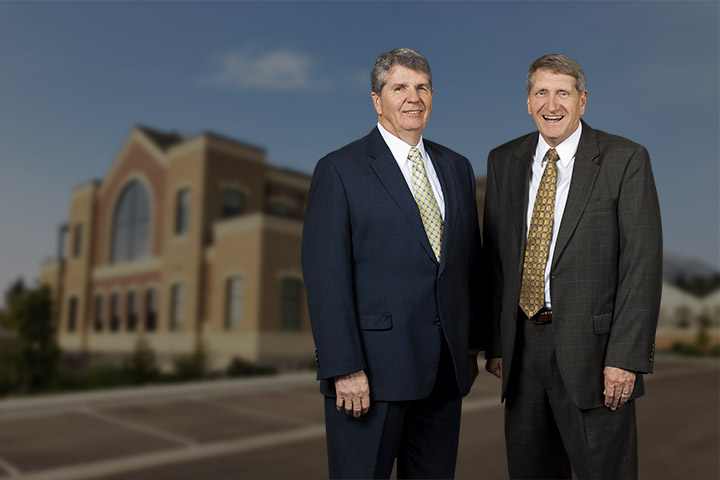 By Larry Stevens and Brent Allen
Interviewed by Ibby Smith-Stofer

After attending the Med One annual meeting, I realized I did not know the story behind Larry Stevens and Brent Allen founding their business even though I had known Med One for over 30 years. I had the opportunity to interview them and hear the story of how and why they founded Med One many years ago. I was especially intrigued to learn why they decided to focus on leasing in the healthcare market.

Question: “How and why did you decide to focus on leasing healthcare devices?”

Larry Stevens: “The major focus of the equipment leasing business is trying to creatively qualify and underwrite the credit and financial capability of the lessee to be approved as a deal, – much like getting them approved for a mortgage. When Brent and I started a company for Medirec, a rental equipment company where we both worked before starting Med One, and again when we were starting Med One, hospitals were only beginning to think about financing equipment acquisitions. Before about 1986, Medicare reimbursements allowed the healthcare provider to pay cash for everything and be reimbursed literally dollar for dollar spent.”

The timing of this change and Larry and Brent’s experience working with acute care hospitals became the fundamental focus for Med One.

“One thing that excited us about what we were doing is that we never had to worry about the credit underwriting aspect of what we were doing. No one ever worried about having to credit underwrite a hospital. We never even had to have a formal credit approval function until about 15 years after we started the business (If it was a hospital listed in the AHA Guide as an acute care hospital, it was approved as far as we were concerned.) 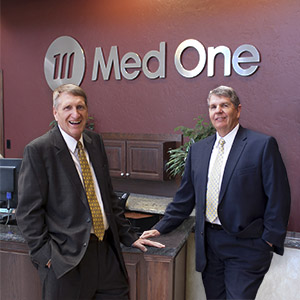 We were able to concentrate on helping our vendors develop creative solutions for their customers. We were able to focus on assisting hospitals in navigating the tricky waters of dealing with needing equipment when no capital budget was available. Very fun. If you think about it, this opportunity and the solutions we were able to develop probably would not exist in any other industry.”

Brent, Larry’s business partner responded with a slightly different perspective, but his answer too remains among the cultural pillars that drive both them and the business, even today.

Brent Allen: “Because there is nothing more rewarding than knowing that we are in a business that “saves lives." Healthcare will always be around, and we felt that it would be somewhat stable. We just needed to learn the business so that we could do it better than anyone else. Equipment life comes into play on operating leases and rental decisions, but we know that medical equipment lasts much longer than most other types of equipment. Look at the Vision Ventilator; we still rent these units after years and years. We love the niche that we have chosen.”

With a background in renting devices to hospitals, Brent and Larry knew that the need for equipment was strong. The reimbursement options were changing, and the medical device companies did not know how to respond to capital constraints. It was a great way to build partnerships that allowed each vendor to do what they do best while meeting the hospital’s needs. Suppliers know the equipment, and Med One knows the financial structures. A win for the vendor, Med One, and the hospital.

Almost 30 years later, Med One’s partners can rely on this expertise to meet the ever-changing landscape of healthcare, technology, and finance. They continue to adapt to the needs of the customers and suppliers they serve.