Med One to One OCT / NOV / DEC TWENTY SIXTEEN ISSUE 50 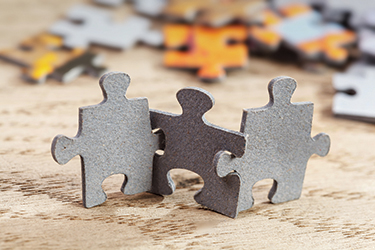 Albert Einstein declared insanity as doing the same thing over and over again and expecting different results. A New Year encourages us to stop doing the same things. It is a chance to stop the insanity. We change our behavior so that we can achieve better results. Sometimes, a different approach is a breath of fresh air.

Over the past 26 years, Med One has undergone major changes. We began our existence strictly as a company that leased medical equipment to acute care hospitals. Time passed, and we embraced a change—we added the ability to rent medical equipment to healthcare providers. A few years later, we embraced another change—the ability to sell used medical equipment. Soon another change emerged—we became a company that also offered world class biomedical services. A few years ago we initiated another course correction—we expanded to serve international markets. Over the years, we have embraced many changes. And because of these changes, we have experienced incredible success.

This year Med One will embrace another change. We are rebranding. Rebranding will not change who we are. We do not make changes that go against what we stand for. At Med One, we embrace strong moral principles. Med One is built on values. Two of these values are honesty and integrity. Honesty and integrity are our most valuable commodities. We will never change this. The admonition we give to our employees is, “Never check your integrity at the door.”

Mahatma Gandhi said, "There are seven things that will destroy us: Wealth without work; Pleasure without conscience; Knowledge without character; Religion without sacrifice; Politics without principle; Science without humanity; Business without ethics." Recently, the following quote left a strong impression on me: “I have found some of the best reasons I ever had for remaining at the bottom simply by looking at the men/women at the top.” I asked myself, “How do our employees feel about the Med One leadership team? How do our customers perceive Med One?”

My perception of our Senior Management team is very positive. I see leaders who base their actions on values rather than personal gain. I see leaders who embody impeccable character. It was Abraham Lincoln who said, “Nearly all men can stand adversity, but if you want to test a man’s character…give him power.” I believe that our Senior Management Team passes this test. But do our employees and customers perceive them in the same light? 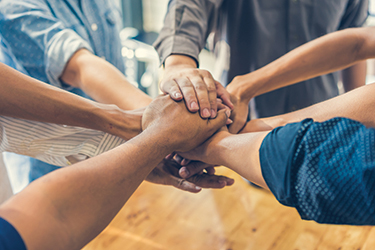 Our sales team interacts daily with our customers. We hired those on our sales team because they demonstrated character and embraced the standards we represent. We have not been disappointed. They are men and women of integrity. They are individuals who won’t rob their character in order to enrich their pocketbook. Each of them embrace the philosophy: Let the seller be honest. I am grateful for their examples. But how do our customers perceive them?

I have known my partner Larry Stevens for over 50 years. Through the years we have shared a common philosophy and have remained committed to it. Our handshake is our bond and it is worth more than a signed contract. Once we have agreed to a deal, we won’t back out. I know how I feel about my business partner. But do our employees and customers perceive the Med One owners as individuals who act with integrity?

I embrace Med One’s principles. We will never “check our integrity at the door”. Unfortunately, the world is full of people who will sacrifice their integrity, such as the judge and lawyers in the following story:

Taking his seat in the chamber, the judge faced the opposing lawyers. "So," he said, "I have been presented, by both of you, with a bribe."

The judge reached into his pocket and pulled out some cash. He handed $5000 to the first and said, “Now we’re going to decide this case solely on its merits.”

Where is a person of character when you need one? Are we willing to “check our integrity at the door?” Oliver Wendell Holmes said, “A man is usually more careful of his money than of his principles.”

I value my association with the employees at Med One. They embody the principles and standards that our company embraces. They have accepted changes along the way but have held firm to our ideals.

I love this story about Theodore Roosevelt. He was engaged in cattle-ranching in the western United States. At the time, there were no fences. The cattle wandered free and their ownership was determined by the brand that was placed on them. Occasionally, animals were found with no brand on them and they were called mavericks. By custom, these mavericks were branded with the brand of the man on whose range they were found. One day, Teddy Roosevelt was riding the range with one of his newly hired cowboys, and they came across a maverick. They roped the calf, built a little fire, and prepared to place the appropriate brand upon the animal. However, Teddy noticed that the cowboy was branding the animal with Teddy’s brand. “Wait,” said Teddy, “You should not be putting our brand on that maverick. It belongs to the man whose property it is on.” “It’s okay,” said the cowboy, “I know what I am doing. I always put my bosses brand on a maverick.” Teddy fired the cowboy on the spot. The cowboy jumped up and asked, “What’s the matter? I was putting on your brand.” Teddy answered, “Yes, my friend. And if you will steal for me, eventually you will steal from me.”

Integrity is the glue that has held Med One together for nearly 26 years. We value it above any other asset we may possess. Our commitment is to do what is right, not what is easy. I like the Chinese proverb, “When the winds of change blow, some build walls and others build windmills.” At Med One, we build windmills. We change and modify our course as needed. But our commitment to our employees and to our customers will remain. We will never check our integrity at the door.