Med One to One JAN / FEB / MAR TWENTY SEVENTEEN ISSUE 51 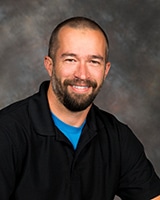 I was born in Anaheim, California. I have lived in southern California all my life. I grew up going hiking, camping and fishing in our local San Bernardino mountains. I am a huge baseball fan. Even though I was born and raised in California, I root for the Texas rangers.

In June of 1997 I started dating my high school sweetheart Kelly. This June we will be celebrating our 20th year anniversary together. We married in September of 2004. We had our first daughter Hailee in 2008 and our second daughter Caroline in 2015. We enjoy traveling the country, watching baseball and softball games, and spending family time together. Right now, we consider ourselves a softball family. I have managed my oldest daughter softball team for the last two seasons and we spend much of our time at the softball fields.

I began working in the industry as a Driver for Universal Hospital Services back in 1999. I began working on equipment there and found a passion for it. That is where I began my career as a Biomedical Technician. Soon after, I took a position at Freedom Medical as a Biomed Tech and later became their Operations Manager for their Orange County location. When Freedom Medical filed bankruptcy in 2004, I partnered up with a longtime friend and we started our own Biomedical service company Express Biomedical Services, LLC. In 2005, I also began another medical investment company Investmed, LLC. I worked with Med One as vendor on many occasions and a was extremely impressed with every deal and how professional they were. In 2013 I was asked to become a Med One employee and was excited to join a great team. I started working in the southern California office when it opened in May 2015. It has been an amazing experience to be a part of the growth and success of Med One's Southern California office. 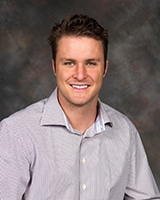 I was born and raised in Draper, UT. There are six of us in my family. I am the baby of the family with two older brothers and one older sister. I was fortunate to have three older siblings who set the bar high for me. I knew I had high expectations to live up to with sports and with being a good person. I had the opportunity to serve an LDS church mission in Santiago, Chile. Living in Chile for two years was a humbling and positive experience.

While at Utah State I met the love of my life while playing “Spikeball” If you have never heard of “Spikeball” it is a game that requires hand and eye coordination as well as a competitive drive. It may be part of the reason I love sales and chose to make it my career choice.

Brenna and I were married in August of 2015 after finishing school in Logan. We live in Salt Lake and are expecting our first child this coming May. We are eager to start this new journey together while learning how to be parents. My wife and I enjoy going to Utah Jazz games, being outdoors, and being with family and friends. You could say we are a social couple and love new adventures.

I love playing and watching sports. I played basketball and football in high school. I was fortunate to get a scholarship to play football in college. I played quarterback for the Utah State football team starting in 2013. I have always enjoyed having the ball in my hands. My three sports teams are the Utah Jazz, Boston Red Sox, and Tom Brady. Yes, I know Tom is not a team, but I respect that man and the way he competes.

I started working for Med One in June 2015. I appreciate the daily challenges that come with selling and look forward to continuing my career in this field. I really enjoy the relationships I have been able to build with people at Schools, Small Hospitals, and EMS Companies. Providing my customers quality equipment in a timely manner is a great privilege I have. I really like the group here at Med One. There is nothing but respect and I’m grateful for the warm welcome I have received while working here. 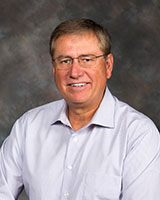 I was born at home on the windy shores of Lake Michigan, but grew up in Albuquerque, New Mexico. Once exposed to proper Mexican food there, I could never settle for anything less! I met my wife Nannette in the Junior High choir, where we became inseparable. At Del Norte High School, I learned that I could jump over a bar (6’10” in high jump) to the extent that it would pay for my education at Brigham Young University. After a break for a two-year church mission to Argentina, I graduated from BYU in Microbiology with minors in Chemistry and Spanish, and married my long-time sweetheart.

Soon after in 1980, I began my employment with Medirec, a company founded on the concept of renting equipment to hospitals in Salt Lake City. There, I met my co-workers Larry Stevens and Brent Allen for the first time, long before the gray had begun to appear. After a transfer to California and 4 separate moves to open branches for this company, I started the first of three similar medical companies in California, the last of which became closely affiliated with Med One. In April of 2012, I became part of Med One full time to help proliferate hospital equipment rentals across the country.

That skill for jumping the high bar continues to be important as the bar to achieve our goals keeps getting higher year after year, challenging me to keep reaching for it. For 37 years, I have enjoyed working in this industry, and working for Med One has been the best of all those years. I never thought I would have done the same thing for my whole career, but it has been a great blessing to my family and me. My four children and 10 grandchildren now keep be busy, and make my life at Med One all the more enjoyable. I have also been able to serve my city as Mayor twice over the last six years on the City Council. All this adds up to a very full and very joyous life, thanks to the great opportunities Med One has offered me.