Med One to One JUL / AUG / SEP TWENTY SEVENTEEN ISSUE 53 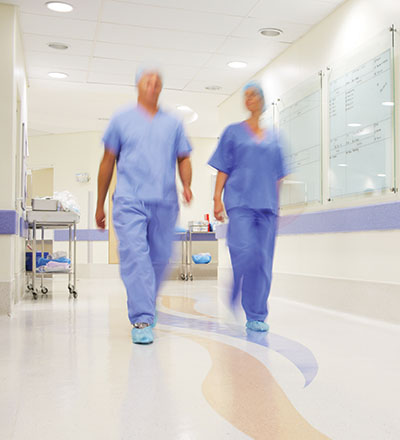 Have you recently noticed the trend ‘smaller is better? With the U.S. economy continuing to struggle everyone is being effected. Millennials are unable to afford the American dream home, and baby boomers are looking to downsize for both budget and home maintenance. People are downsizing almost everything.

I am sure that like me, the concept of a tiny home is both appealing and at the same time unreal. Small homes don’t cost as much, they are able to move with you, and they force you to be organized. While there are some obvious benefits, there are also many questions. What would you do with all your stuff? Would you feel like you had a place to call home? Can I get the Internet; phone service, and cable TV in a little house? Why would someone choose little over normal? Can you really just move from city to city and take your house along?

The questions continue to fill my thoughts. Assuming you live in a house, a condo, an apartment, or a mobile or manufactured home; who would have ever thought that downsizing would get to this level?

Tiny house living is not the only area where size matters. Among all the changes happening in American healthcare the concept of size has also risen to the forefront. The changing demographics of where people choose to live and work, and the focus on both population health, and costs of care have combined to create new visions and options for “hospital” care. One of these options is the development of micro hospitals.

The term micro hospital has been developing as a result of several trends and issues in healthcare. Among the greatest issues are: the predicted shortage of physicians and nurses, mergers and acquisitions, urbanization of populations, and consumer (patient) demand for more convenient and cost-effective care.

Patients are able to receive care that is monitored and controlled to the same standard as a traditional hospital.

Micro hospitals are generally built, owned, and funded by larger acute care providers, or groups of physicians with outside partners. The trend is growing since the costs to build a micro facility is far less than a full-service facility. Patients are able to receive many services closer to home including ambulatory surgeries, and minor one or two day, in patient procedures. Patients are able to receive care that is monitored and controlled to the same standards as the traditional hospital.

While the costs to build and maintain are lower, the patient costs will frequently be the same. Often private firms will partner with larger health systems to bring the micro concept to underserved areas while expanding the health systems market reach. Doctors and other clinicians have noted that they have a closer patient relationship, less stress and more diversity when working in the micro environment. Additionally, both the patient and the clinicians find the quality to be equal to, if not greater than, an experience with full a system hospital.

Have you been to a micro hospital? Is there one in your neighborhood or one coming soon? Is this a new name for the rural or critical access hospitals? Community-based health care providers have been under so much financial pressure and have struggled with limited resources causing them to fail at an alarming rate. Will the micro hospital concept stop the decline, or perhaps it could replace those community based care providers? Urgent care facilities and micro hospitals are not the same. The concepts and services offered by each generally differ. Micro hospitals are seeing growth while the others appear to be declining.

Looking deeper into the emergence of micro hospitals, we find that they are often found in areas that are otherwise underserved by the larger healthcare systems. Many micro hospitals have up to 10 inpatient beds for both limited stay and observation status. They generally offer alternate surgery sites. The needs of the surrounding area will often determine the different services offered. For example, if the micro hospital is in an area that is populated by younger families, it may include an ER and offer prenatal and birth services, or if the area is predominantly older, perhaps the specialty will be orthopedic or cardiac services. Generally, lab services, imaging, and primary care offices are co-located with the micro hospital.

Over the past several years the number of micro hospitals has grown substantially across the United States. Some of the leaders include: Emerus Hospitals, SCL Health, Saint Luke’s Health System, etc.

I now live in California where the community hospital has recently closed. I like the idea of a more intimate and cost-effective provider moving into the area. One that can go beyond the services of a local urgent care center. Maybe it will happen and eliminate the extensive drive it takes to get to a full-service hospital. In Southern California, that drive cannot be measured in miles; it must be measured in minutes due to traffic congestion.

There are both proponents and opponents of micro hospitals, just as there are for the concept of tiny houses. But with the uncertainty of healthcare regulations, continuing increases in cost of care, and the trend of increased patient investment in co-pays and deductibles, the concept of delivering the right care at the right costs and convenience seems to be supporting the expansion. Watch for a micro hospital coming to your neighborhood soon.