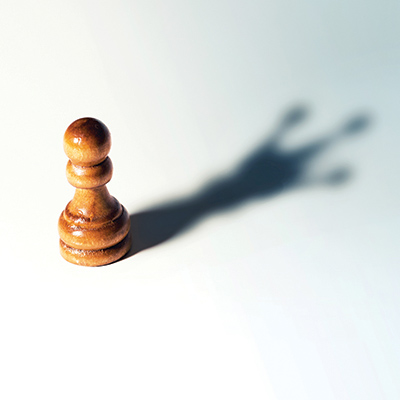 Several years ago, I spent much of my time making presentations to vendor sales groups. I frequently utilized this story to describe our focus at Med One. Even today, Med One is focused mostly in providing medical solutions to medical equipment companies and healthcare providers. We don’t try to be everything to everyone. We don’t search out opportunities to finance airplanes, trucks, trailers, and construction equipment. For over 27 years, we have set our sights on one thing… healthcare. We know that we can’t please all of the people all of the time.

For this article, I want to switch gears and utilize the donkey story in terms of how it relates to each of us in our personal lives. In my journey through life, I have discovered that it is a jungle out there. We are surrounded by people who want us to stumble and fall. Somehow, our fall becomes their victory. They are focused on hindering our progress. How do they do it? By putting stumbling blocks in our path. 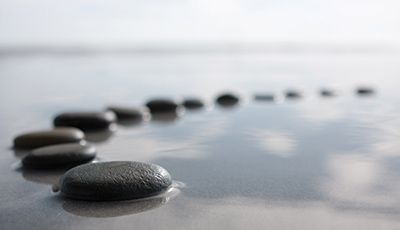 Many with whom we associate will be extremely critical of us. They will vocally criticize us, point fingers at us, and gossip behind our backs. They will find fault with much of what we do. They will do anything possible to discourage us.

For 20 years we have been holding annual meetings for our Med One employees. During each annual meeting, it has been a privilege for Larry and I to share our philosophies and visions of our future. I have been disappointed with some of my presentations… feeling like I have laid a huge egg. Others I have felt much better about. Two years ago, I felt especially good about my message. As I concluded my presentation, I returned to my seat. A co-worker beside me had written these words on a pad of paper… “Best Ever”. I felt like I had hit a home run. Reality hit a few weeks later when I read some of the reviews submitted by our employees. One individual felt that my presentation was a little boring for him. Obviously, this comment hurt me deeply. While I did my best, I obviously fell short of his expectations. But then I remembered the donkey story - we cannot please all of the people all of the time. Another individual felt that my presentation was too long and that I utilized too many stories and quotes. Again, his comment hurt. I clearly disappointed him. But I was reminded once again that we cannot please all of the people, all of the time… and hopefully we won’t try.

From this experience, I learned a powerful lesson: WE MUST NEVER allow others to define who we are, or allow their criticism and negativity to discourage us.

We will occasionally be confronted by those who want to change our value system. These individuals truly believe they have a better way and they will attempt to convince us that we should adopt their philosophies. They will entice us to take short-cuts, encourage us to bend the rules, and convince us to be dishonest. They will down-play the importance of integrity and encourage us to abandon our principles.

WE MUST NEVER allow others to define who we are, or allow their criticism and negativity to discourage us.

Nearly 35 years ago, I had the opportunity to work for a large leasing organization. Shortly after I started, I was fortunately given an opportunity to spend a day in the field with one of the company’s senior executives. We called on several potential customers including a farmer who was interested in financing some of the equipment needed to run his operation. I will never forget the conversation that took place on that occasion. We explained the details of our leasing program. Following our explanation, the farmer asked us a question. “What is the interest rate?” This Senior Executive answered him by asking another question. “What do you think it should be?” The farmer replied, “Oh, I would hope that it is in the 10% range.” “Rest easy my friend,” replied my associate. “That is exactly what it is.” As we drove away, I asked the senior executive this poignant question. “How can you tell this farmer that his interest rate is approximately 10% when you and I both know that it is actually north of 17%?” His answer to me was extremely thought provoking. He said, “if you are going to be successful in this business, you’d better learn how to tell a customer what he wants to hear.” I have never forgotten this response. I told him I couldn’t do it. I told him that it compromised my core values, as well as my integrity and I wasn’t prepared to go there. “Well then,” he said with a grin on his face. “You probably won’t make it in this business.” I am proud to say that 35 years later I am still in the same business and I have never compromised my integrity by misrepresenting the truth to one of my customers. Yes… I have lost a few deals. Fortunately, however, I have not compromised my core values. This experience convinced me even more that we cannot please all of the people, all of the time… and hopefully we won’t try.

From this experience, I learned another powerful lesson: WE MUST NEVER allow those who lack integrity and character to re-define the principles we have embraced.

Along the way, we will occasionally encounter a few who want to destroy our dreams. In their minds, our failure is their success. It was Winston Churchill who said, “You don’t make the poor richer by making the rich poorer.” Likewise, our failure does not make others any more successful, but some people just don’t get it. They say to us, “that will never work,” and they assure us that we will fail. They tell us that we are idiots.

Twenty-seven year ago, Larry and I resigned from a good job in order to start Med One. The company we left warned us that we would never make it. They told us that we were idiots and that we would regret our decision. They almost guaranteed our failure. They did everything they could to make certain that we wouldn’t make it. How grateful I am that we didn’t listen to their pessimism. In the end, they closed their doors and we continued to broaden our relationships. Several years later, we lost one of our largest vendors. We were surrounded by those who warned us that we couldn’t survive without this account. Fortunately, we didn’t listen to them. We found new vendor accounts and we expanded our presence. Along the way, we lost our main capital partner. We were surrounded by those who told us that this would spell the end for Med One. Fortunately, we didn’t listen to them. Today we have more lending capacity than ever before. A few years later, we lost our largest rental partner. Our critics told us that we would be finished in terms of renting medical equipment to health-care providers. Fortunately, we didn’t buy what they were telling us. Today our rental presence is stronger than it has ever been, and we echo the wisdom the old man, the young boy and the donkey learned. We cannot please all of the people, all of the time… and hopefully we won’t try.

From this experience, I learned still another powerful lesson: WE MUST NEVER listen to those pessimistic voices that tell us we will fail and that we can’t succeed at something. We must never allow anyone to destroy our dreams.

What others think doesn’t really matter. The only thing that really matters is that we are true to ourselves. I believe that some people would be scared to death if when they looked into a mirror, they saw not their faces, but their character. I conclude with the poem entitled, The Man in the Glass.

When you get what you want in your struggle for self And the world makes you king for a day. Then go to the mirror and look at yourself And see what that guy has to say.

For it isn’t your mother, or father, or wife Whose judgement upon you must pass. The feller whose verdict counts most in your life Is the guy staring back from the glass.

He’s the feller the please, never mind all the rest For he’s with you clear up to the end. You’ve passed your most dangerous, difficult test If the guy in the glass is your friend.

You can be like Jack Horner and chisel a plumb And think you’re a wonderful guy. But the man in the glass says you’re only a bum If you can’t look him straight in the eye.

You can fool the whole world down the pathway of years And get pats on the back as you pass. But your final reward will be heart-ache and tears If you’ve cheated the guy in the glass.