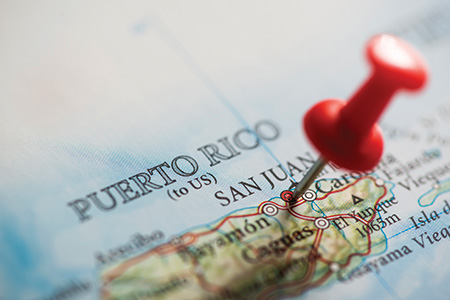 Everything is “fake news” when the story seems to conflict with what we want to hear, see, or believe. When Hurricane Maria was headed to Puerto Rico, some did think that the warnings were fake news. The island has been blessed to avoid a major hurricane for the past 18 years. There were over seven hurricanes in that period that missed Puerto Rico entirely, either to the north or south. Many people, especially young people who weren’t alive to see the previous storms had forgotten the devastation that these natural disasters wreak whenever they impact land. Others, our team included, had experienced and remembered past hurricanes and knew that serious preparations were needed to keep our families, business, and customers safe from harm.

We, the lifelong residents knew that the news of hurricane Maria was not fake, and we began to take precautions to help protect our business. The principle behind what we as a company did next was simple, “better safe than sorry.” Throughout the preparations, one of our main goals was to ensure that the 25 hospitals on the island who we service, would have the necessary medical equipment and supplies to treat patients during and immediately after the hurricane. This meant ensuring that we had an adequate amount of equipment that was patient ready before the hurricane arrived, and that we had supplies, such as batteries or circuits for ventilators and other equipment.

Our responsibility as a company and as partners to Med One weighed heavy over us in the preceding days. How do you face this mountain of forthcoming devastation?
Having patient ready units and supplies was not nearly enough preparation for what was to come. It is easy to plan for the hurricanes impact, but there is no way to predict the aftermath of what would be left after it passed. It was essential that all company and employee vehicles had fuel and fuel reserves, as it is our experience that it is almost impossible to find gas after these disasters happen. We handed out petty cash to employees as we were also concerned that banking, ATM’s and credit cards would not be available for some time after the impact, which ended up lasting for weeks. We held meetings and conference calls throughout the whole weekend and the week before to keep monitoring the hurricanes progress and the magnitude of the impact that was expected for the island. Once we realized the magnitude of what was coming, we had to analyze what regions of the island our employees lived in, in order to design routes that they could take immediately after the hurricane passing. Without phones, cell phones, email, internet, or television, we had no other choice but to rely on our people to follow through with the plan that was previously discussed to ensure every single one of our hospitals was serviced.

After all this was done, we came to another huge realization. We needed to figure out what we could do to secure millions of dollars’ worth of medical equipment and supplies in an office and warehouse that was about to be hit by one of the worst hurricanes in history. Our answer was also simple, “don’t put all your eggs in one basket.” We removed half of our products from shelves and placed them on pallets so they could be moved to two different locations, in order not to risk losing everything in one place. We used shrink wrap to protect both the shelving and the pallets from water damage or flooding. This meant wrapping the pallets and the industrial shelving from the sides and top-bottom to ensure that they were as safe as possible, at least with respect to water. While wrapping the inventory we were so concerned, we ended up taking a week’s worth of supplies to our home, in case the office was unreachable in the days after the hurricane. 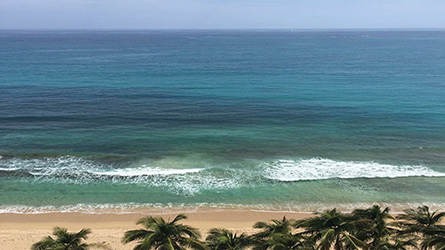 The last area that was proofed was the office, computers and files, as they were the least concerning being inside the building. Ultimately, Med One did not lose any medical equipment to Maria and we only lost a very small quantity of merchandise lost due to water damage. To our surprise, the roof to our building was severely damaged and our offices, computers and files were completely lost, but more importantly our equipment and supplies were safe. Coverage of Puerto Rico and Maria’s impact has disappeared, but the reality is that things are still challenging for those who live and work on the island.

Here are but a few of the realities we are still living and working with, or around:

The whole team in Puerto Rico is thankful for the support and assistance we received from Med One throughout and following the worst hurricane ever to impact Puerto Rico. Throughout the course of this crisis there is one thing that we will always remember; In the course of doing business during and after the hurricane, BRC and Med One helped saved patient lives with our service, equipment, and more importantly our commitment.

Footnote from Med One:
Med One is grateful for the commitment of each and every member of the Puerto Rico team for finding ways to spite the horrific devastation to ensure the needs of the customer were continually met. We are also very thankful that while inconvenienced they still remained strong members of the Med One team.