Making Your Presence a "Present" 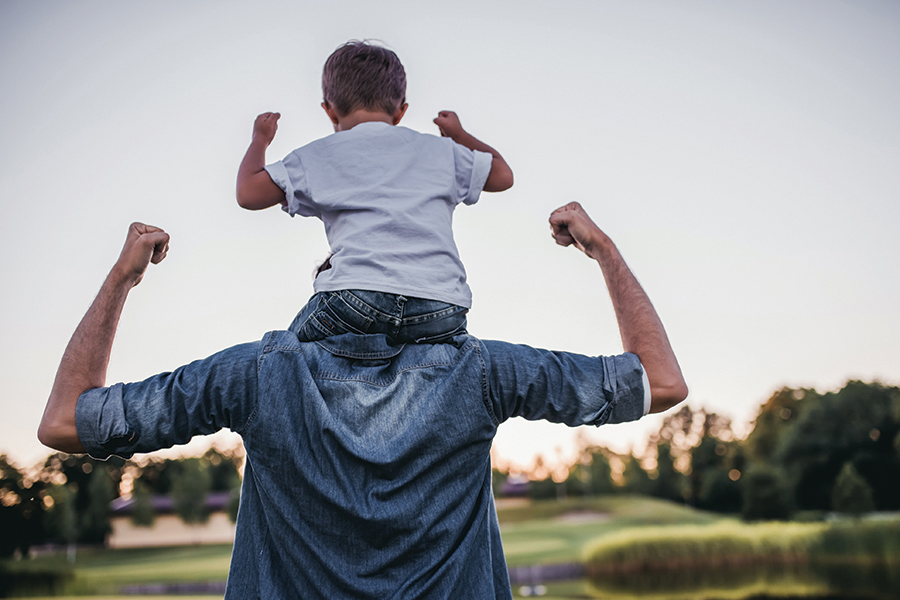 “If your presence doesn’t make an impact, then your absence won’t make a difference.” So said Alan Stein Jr., a speaker, coach, consultant and author. I read this thought-provoking statement on LinkedIn recently and have been thinking about it ever since. A few days after I saw it, life gave me a powerful opportunity to understand what it truly means.

In mid-March I had a business trip planned and at the last minute, unexpectedly had to cancel it. Instead, I went on with what turned out to be an intensely busy work day and the typical array of evening activities that always prevail with a family of six later that evening at home.

There are often times when we hear or even use the phrase: “I’d love to be a fly on the wall in _________ situation!” By missing the flight, I found myself unexpectedly in the unique and even surreal situation of being like a fly on the wall in my own life! Unlike that observing fly though, I did much more than simply observe, I deliberately did all of the things I needed to do and would have done had the business trip not ever been planned in the first place. Throughout the workday I mentally paused several times (due in part to my iPhone calendar reminders of flights and meetings I was missing) to reflect on where I was and what I was doing instead and further, what I would have missed in my office, versus what I would have been doing out of town.

At the office that day my presence mattered. I had been deeply entrenched all month in a typically hectic quarter-end of putting crucial finishing touches on many lease deals – all of which needed my personal involvement. This included things like: contract language negotiation, ongoing time-sensitive efforts to get a customer PO revised in time to fund a vendor partner for large lease by quarter end, helping a vendor partner identify and clarify some missing paperwork for another large lease, and working with yet another customer to finalize a corporate guaranty document we needed to complete their lease. Together, these projects represented nearly $20 million in new lease originations that needed my attention. Certainly some of those matters could have been handled remotely and/or waited until my return later in the week, but each one of them were of such nature that my specific attention and guidance was needed, so my presence at the office on this particular day turned out to not just be important, but crucial!

“If your presence doesn’t make an impact, then your absence won’t make a difference.”
-Alan Stein Jr.

At home that night after all was said and done, it was clear that my presence had mattered there too. The mental reflections on where I was, versus where I was going to be, continued as: I helped my wife make dinner for our family, worked together with the kids to do dishes, played basketball with my son in the backyard, helped my two youngest daughters get ready for bed, read with my 7-year old and tucked her in, picked up my 14-year old daughter from volleyball practice, administered medication to my 10-year old daughter, read with my son, and said a nightly prayer with the family before bed.

My business career has included dozens of business trips. My family is used to it. Some are more burdensome than others depending on the length of time and/or the intensity of what is happening at home, but they go on without me in doing every single thing that needs to be done. In all of the things I did that night, I was keenly aware that had I been gone, I would not – no, could not, have done any of it. Instead, my wife would have done them, or my kids would have managed without me. Like any other instance, it would have worked out just fine. I was supposed to be gone and I wasn’t! On this day, I got to have a front row seat into this one moment in time in my own life that I would have missed. In being home I discovered what I intuitively already knew - that yes, my presence does matter. I do make an impact!

When we do more than simply “show up” in life, we can have a real influence for good on the people and situations around us. Active and proactive engagement in doing what we are supposed to do absolutely matters. Years ago I heard someone say: “You ought to be where you ought to be when you ought to be there.” Corporate trainer Alan Stein Jr. calls that “being present.” What that means to me among other things, is don’t just be physically where you are, be mentally and emotionally and even spiritually dialed into whatever you are doing. Being present means that when you are gone, you are missed because someone else has to pick up the slack, but when you ARE there, you can ease a burden, enrich a life, impact an outcome, or even make someone’s day.

“If your presence doesn’t make an impact, then your absence won’t make a difference.” That profound statement has profoundly influenced my thoughts and actions ever since I read it on LinkedIn and it certainly caused me to view this day I “got back” in which I was essentially a vicarious actor in my own life much differently than I would have otherwise.