Med One to One Spring/Summer twenty twenty-one ISSUE 69

Generally, adults like to think they have things figured out and know how the world works, especially in the eyes of those they consider not as advanced as they are. Maybe this includes peers with a lesser amount of education, less work experience, or even children. How many adults have had an encounter with a child where they were asked so many “how” and “why” questions, they realized their answers consisted of more “I don’t knows” than they could count? A child’s simple curiosity about life can reveal how little we know about the world around us.

This highlights a concept called “illusion of explanatory depth.” Put simply, we believe we know how things work until we have to explain something in detail. Suddenly, many gaps in our explanation surface, revealing how little we actually knew all along. This is problematic, not because we don’t know everything, but rather because up until we are proven otherwise, we believe we do. Operating under the assumption that we are right and cannot be wrong is a sure-fire way to make mistakes. 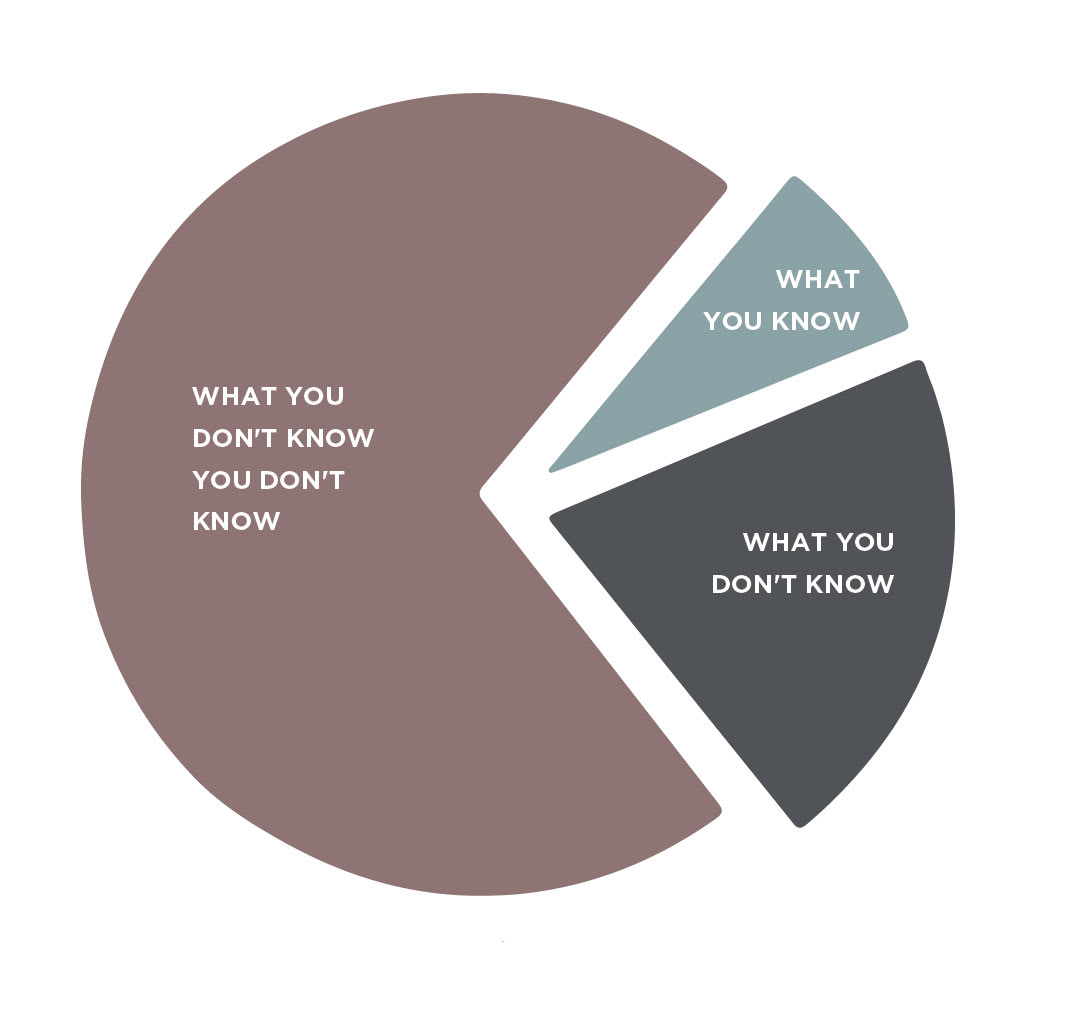 Additionally, studies have shown that individuals with the most passionate opinions tend to know less about a topic than their more-informed counterparts. Those who know more about the topic are often less aggressive because they see the nuances and gray areas surrounding it. Think about how social media frequently sensationalizes news. Stories can go viral based on misleading headlines and internet comments riddled with misinformation that build upon each other. Within a short time, the real story hardly resembles the story that went viral, and countless people who spent just one minute reading a few headlines and comments are left in a complete uproar.

The readers of this hypothetical news story didn’t take into account that there was more to the story before they decided they had enough information and made a judgment. They knew almost nothing, and yet they waged passionate online arguments about the situation. They didn’t know what they didn’t know.

It’s not necessarily a bad thing to not know what you don’t know, but we miss huge opportunities when we don’t take into account that we have massive blind spots to the possibility of additional information. For example, have you ever misjudged someone and only realized you did when you learned more information about them that you wouldn’t have guessed previously? Too often, we see 5% of the big picture and operate as if we see 100% of it. It’s easy to look back and recognize when you were blind to something; it’s much harder to recognize you might be missing something in the moment. To combat this, don’t be afraid of what you don’t know, but do be mindful that there is information out there that could change a situation. It takes humbling oneself and not fighting to preserve one’s ego at the expense of the truth.

Knowing that you don’t know everything allows you to ask questions and find out information that you never would otherwise. Always operating under the assumption that there could be more to the story creates a mindset that allows for the possibility of more information. If we can operate in life with the awareness of that biggest pie slice that represents all of the information we don’t know we don’t know, we can begin to explore the world in a new way. It allows us to change our perception of life and those around us to one that is likely more accurate.