Med One to One APR / MAY / JUN TWENTY SEVENTEEN ISSUE 52 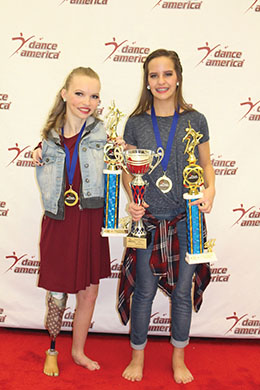 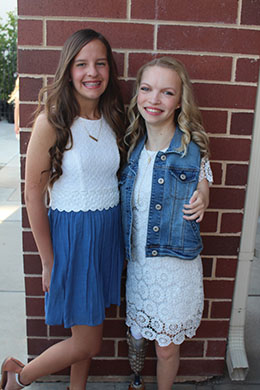 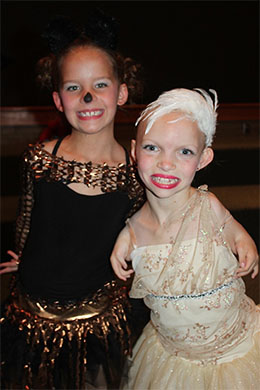 In May 2012, I wrote an article entitled “Doers and Talkers.” In the article, I had just attended my youngest daughter Kenzie’s dance recital. Today I am writing after attending her final dance recital. Much of what I wrote about back in 2012 still applies today.

In the 2012 article I wrote - I recently had the opportunity to experience one of those “Ah ha” moments and it came in one of the most unusual places. I had a conversation with an acquaintance about the difference between “people who do and people who simply talk about doing.” Those who “do,” find out what needs to be done and then they go about doing it. These people tend to quickly obtain the necessary details then go to work. On the other side is the group who likes to talk about doing. This usually involves a lot of excuses or reasons why something can’t happen. They will talk through every possible scenario and come up with a reason something won’t work. While the “doers” are out “doing” the talkers are still talking about what they should be doing. These conversations occur when we are working as a group or simply working alone.

In our discussion, we determined there are people who are always in the same group – either the “doers” or the “talkers,” but the majority of people fluctuate between the two groups. With this conversation on my mind, I attended my 9-year-old daughter’s dance recital. When we arrived, the first person we saw was Taylor, one of Kenzie’s best friends. Taylor and Kenzie have been friends for several years. They attend school together and spend a lot of time playing at each other’s homes after school and on the weekends. I have talked with Taylor on many occasions, however, when I saw her this time – at the recital – my “ah ha” moment occurred.

At the end of the dance recital, I saw what the reward of “doing” really is - a huge smile on Taylor’s face. She knew she had accomplished what she wanted to do. She didn’t sit around and find reasons why she couldn’t succeed – she simply went out and did it. 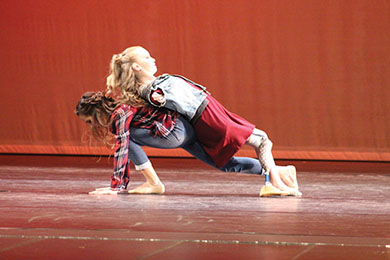 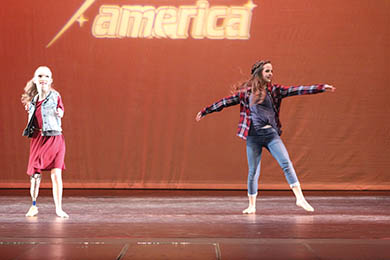 In the 2012 article, I emphasized the “doers.” This time, I want focus on those who see people for who they are and provide opportunities, and those who are willing to take advantage of the opportunities they are given, despite the challenges and obstacles that they may face.

Too many times in life, people give up on a dream simply because they think they can’t do something. Taylor is a perfect example of a “doer” who says, “I can” instead of “I can’t.” As I watched Kenzie and Taylor perform in their last dance recital, my mind flashed back to my article from 2012, I thought about the “doers and the talkers,” but this time, I gained a greater appreciation for those who are able to see past disabilities and provided Taylor with an opportunity to dance. There were many who played a role in this - teachers, students, parents and my daughter Kenzie. People who were able to see past the “physical challenges” and see Taylor for who she really is. If you don’t know Taylor and I realize many of you don’t, she was born with some birth defects that affected her arms and hands. Her hands work, but are attached at the shoulder versus having arms and hands.

Kenzie and Taylor have accomplished so much in the last four years. They have competed together at the highest level available to them. They have worked and struggled to become the very best that they can. Despite the overwhelming odds, they have succeeded. It is not about the trophies and competitions that they won together, it was simply about being together and making the most of the opportunities they were given.

At the final recital, just like she has done so many times, Taylor jumped on stage and gave us all a greater appreciation for her “can do” attitude. Too many times in life, people give up on a dream simply because they think they can’t do something. Taylor is a perfect example of a “doer” who says, “I can” instead of “I can’t.”

Now I close the book on dance recitals and a new chapter begins. I am happy to say that my daughter Kenzie tried out for the high school drill team and was one of a few Freshman to make the team. I am also happy to say that her good friend Taylor – after much encouragement from family, friends, coaches and her best friend Kenzie – tried out and will be on the team as well. So I move from Dance Dad to Drill Dad. Watch for an update in four more years.

P.S. Does anyone know where I can get one of those cool “Drill Dad” t-shirts with all the shiny bling :)?