Med One to One APR / MAY / JUN TWENTY SEVENTEEN ISSUE 52

Where are You Looking? 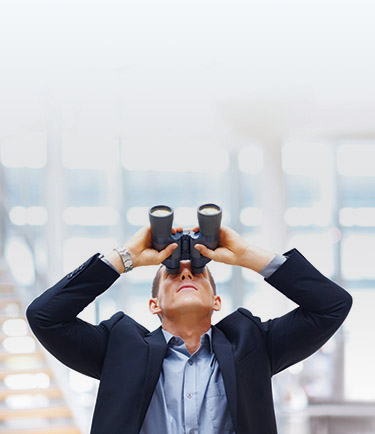 Newscaster Paul Harvey once related a story about a woman from Michigan who vacationed in Florida. She found a secluded spot on the roof of her hotel to soak up a few rays of sunshine. To ensure a “total” tan, she removed all her clothing. Within a few minutes the hotel manager was beside her insisting that she cover-up. “Why,” she asked. “Nobody is around.” He agreed but quickly pointed out that she was stretched out over the hotel lobby skylight. The hotel’s problem was that a few people were looking up… and were they ever in for a big surprise.

Which way are we looking? We can tell a lot about a person simply by noticing which direction they are looking!

Which way are we looking? I am convinced that the answer to this question will largely determine our future. Will it be a bright one…or will it be a future filled with disappointments and failures.

LOOKING DOWN!
Some folks spend their lives looking DOWN.
*Downcast in spirit
*Head hung low
*Discouraged
*On the doorstep of quitting

I recently read an article about Roy Riegels. The setting was the 1929 Rose Bowl in Pasadena, CA - a game played in front of 70,000 screaming fans. Just before the half, Riegels recovered a fumble, got hit and then spun around. Seeing a wide-open field ahead of him, he took off as fast as he could run toward the goal line some 65 yards away. Just one problem! He was heading in the wrong direction. One of his teammates chased him down and tackled him at the one-yard line, barely keeping him from scoring points for the other team.

"Whenever you look at the calendar, concentrate on today. It doesn’t hurt to occasionally look back and learn lessons from the past, and we need to look ahead to prepare for the future, but mostly… look at today and give it the best you’ve got." In the dressing room at halftime, Roy was devastated and embarrassed. He sat in a corner, wrapped a blanket around his head and shoulders, put his face in his hands… and sobbed. Riegels had made a huge mistake and he was indeed looking DOWN. He was downcast in spirit. His head was hung low. He was discouraged. He was on the doorstep of quitting.

Eighty-eight years have gone by since Roy scooped up that fumble, spun around and ran 65 yards toward his own goal line. To this day, it remains the single most infamous play in Rose Bowl history. This incident is also recorded as one of the 6 most memorable moments of the 20th Century in college football.

Did Roy Riegels continue looking DOWN? Not a chance! He went back out and played an incredible 2nd half. He went on to become team captain the following year. He became an “All American.” He later was hired as a member of the coaching staff. He became an officer in the Air Force during WWII. He was the owner of his own agricultural chemical company. Many years later he was inducted into the Rose Bowl Hall of Fame.

Which way are we looking? Hopefully, we will not find ourselves looking DOWN.

I am reminded of an old story that tells of an unhappy and discontented stonecutter. One day he came upon a merchant and was awe-struck by all the marvelous goods the man had for sale. “I wish I were a merchant,” said the stonecutter and, quite amazingly, his wish was granted.

Not long afterward he saw a parade pass his little shop. Spying a prince dressed in splendor such as he had never seen before, he said, “I wish I were a prince.” And he became one.

But it wasn’t too many days later that he stepped outside and felt the discomfort of the hot summer sun beating down upon his head. “Even a prince cannot stay cool in the sun,” he said. “I wish I were the sun.” This wish, too, was granted.

He was happy being the sun until, one day, a cloud came between him and the earth. “That cloud overshadows me,” he said. “I wish I were a cloud.”

Again, his wish was granted and he was happy until he came to a mountain that he could not rise above. “This mountain is greater than I,” he said. “I wish I were a mountain.”

As a tall and mighty mountain he looked down upon the affairs of humans and felt that he was finally happy. But one day a stonecutter climbed up his side and chipped away at a rock and there was nothing he could do about it. “That little man is more powerful than I,” the mountain said. “I wish I were a stonecutter.” So, the circle was complete and now the stonecutter knew that he would always be happy just being himself. He would never be a merchant, dress like a prince, shine like the sun, float like the clouds, or rise as tall as a mountain. He was just happy to be who he was. A sure way to unhappiness is to compare ourselves to others. The grass may appear to be greener on the other side of the fence… but the fact remains - it still needs to be mowed.

Which way are we looking? Hopefully, we will not find ourselves looking AROUND.

LOOKING BACK!
Some can be found too-often looking BACK.
*They believe their best days are behind them and they are caught up in reminiscing the “good old days.”
*They have little or no hope for the future.
*They can’t fully enjoy today because their eyes are on yesterday.
*They have clearly lost focus.

Someone once said, “Whenever you look at the calendar, concentrate on today. It doesn’t hurt to occasionally look back and learn lessons from the past, and we need to look ahead and prepare for the future, but mostly…look at today and give it the best you’ve got.”

I would call that pretty sound advice. Can we benefit from looking back? We certainly can. Can we learn valuable lessons from the past? Absolutely! But it is today that really counts.

Which way are we looking? Hopefully, we will not find ourselves looking BACK.

LOOKING UP!
Hopefully we will be numbered with those vibrant and resilient folks who are found LOOKING UP.

*These are the people who never let what’s happening around them get inside of them and weigh them down.

*These are the people who have learned that when they look up – there is almost always a reward (just ask those who were in the hotel lobby looking up).

The following story about Bill Havens is a powerful example of this. At the 1924 Olympic Games held in Paris, France, the sport of canoe racing was added to the list of international competitions. The favorite team in the four-man canoe race was the United States team. One member of that team was a young man by the name of Bill Havens.

As the time for the Olympics neared, it became clear that Bill's wife would give birth to their first child about the time that the U.S. team would be competing in the Paris Games. Bill found himself in a dilemma. Should he withdraw from the team and remain with his wife for the birth of their child, or should he go to Paris and compete on sport’s greatest stage. After much soul-searching, Bill decided to withdraw from the competition and remain home where he could support his wife when the child arrived. He considered being at her side his highest priority - even higher than going to Paris to fulfill his dream. For the rest of his life, he believed he had made the better decision. Bill Havens knew what was most important to him, and he acted on what he believed was best. Not everybody figures that out... Not everybody has the strength of character to say no to something he or she truly wants in order to say yes to something that truly matters. Bill did!

There is an interesting sequel to the story of
Bill Havens...

The child eventually born to Bill and his wife was a boy, whom they named Frank. Twenty-eight years later, in 1952, Bill received a cablegram from Frank. It was sent from Helsinki, Finland, where the 1952 Olympics were being held. The cablegram read: "Dad, I won. I'm bringing home the gold medal you lost while waiting for me to be born." Frank Havens had just won the gold medal for the United States in the canoe-racing event, a medal his father had dreamed of winning but never did. No regrets… for looking UP and doing the right thing.

Which way are we looking? Hopefully we will find ourselves looking UP.

Look DOWN… and we will WITHER.

Look AROUND… and we will become
DISCOURAGED and QUIT.

Look BACK… and we will lose FOCUS until we FAIL.

Look UP… and we will WIN.

I am grateful to be part of a winning team. I am also grateful to be associated with a group of employees who have embraced the philosophy to keep “LOOKING UP.” Look UP…and we will WIN.