Med One to One OCT / NOV / DEC TWENTY SEVENTEEN ISSUE 54

Psychiatrist Karl Menninger once said, “It is hard for a free fish to understand what is happening to a hooked one.” I have pondered this statement and thought deeply about its meaning. I believe it is very meaningful as it pertains to customer service. We will excel at customer service only when we really understand how our customer feels.

Recently, my wife and I visited the Holy Land and spent some wonderful time in Jordan, Israel and Egypt. The flight over and back was long… and it wasn’t a lot of fun. I don’t do well on airplanes… especially sitting in economy coach. So, I decided to splurge and spend a little of my kid’s inheritance. I upgraded to economy comfort to get a little extra leg-room. All went well on the flight over to Jordan. But on my return flight, someone changed our seat assignments and we ended up in coach. I was not a “happy camper.” Unfortunately, the flight was over-booked and there was nothing that could be done to move us back to extra leg-room in economy comfort. Upon returning home, I called the airline. I was frustrated and felt they owed me a partial credit for the service that I didn’t receive. WOW… what an interesting experience that was! The first agent I talked with clearly didn’t care. She basically told me that there was nothing she could do. The second agent I talked with cared even less.

She said that it was not her job and that I would need to talk with someone else. Neither of them had any idea about how frustrated I was or how I really felt. I felt like a fish who was “hooked” having a conversation with one who had “never been hooked.” Finally, I found someone who seemed to care and she obviously understood how I felt. This young lady expressed her disappointment in what had happened and she really wanted to make things right with me. I sincerely thanked her for her caring attitude. I suspect that at some time she had been “hooked…” because somehow she understood. She clearly demonstrated an attitude of customer service.

We will be most effective at providing customer service if we know exactly how our customer feels and what our customer is going through.

This principle is illustrated in the following story. Most of us have probably never heard of Eddie Rickenbacker. He was an American fighter pilot in World War I and Medal of Honor recipient. He was honored as America’s most successful fighter ace in the war. He was also the Chairman of Eastern Airlines in the late 1940’s. 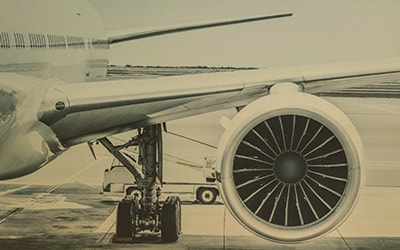 While serving in this position, he was faced with a major problem. Eastern Airline customers were complaining because the airline was mishandling luggage way too often. Other than the passengers, no one seemed to really care. Eddie decided to take some action. He called a special meeting and invited the top management of the company to attend. They were all booked on a flight to Miami and were instructed to report directly to the corporate office. They were informed that their luggage would be transferred and delivered directly to their hotel. But according to Eddies plan, the luggage was not delivered. Instead, he put it on hold and stored it overnight. The day was hot and muggy and the hotel had no air conditioning. Many of the managers showed up the next morning unshaven, teeth un-brushed, wearing wrinkled clothes and very irritated. There was no sign of the baggage the entire day. Finally, at 3:00AM, the baggage was delivered with a loud pounding on their hotel room doors.

Rickenbacker opened the next morning’s session by saying, “Now you know how the customer feels when you mishandle his luggage.” He knew his team would not be effective until they learned to empathize with their customers. He knew they would not understand until they had been “hooked.” What a powerful lesson he taught his upper management.

I am so pleased with the way our employees at Med One view customer service. It is a high priority with us and we get frequent positive input from our customers about how they are being served. The following is an example that was expressed to us by one of our loyal customers:

“Med One has been there for us from day one. I have worked in multiple skilled nursing facilities and every time I give the current provider a chance to meet Med One's service… without fail, they can’t. I end up giving Med One a call and they take care of me on the spot. Great customer service and response time. I had a patient come back from the hospital at 10:00PM on a Friday and I needed a bariatric bed. I didn’t have one. I called Scott Wooster and he hand delivered the bed within the hour...ON A FRIDAY! I was sold from that day on. Med One delivers what they promise. I would recommend them to anyone and will not use anyone else.”

Clearly, Scott Wooster has a vision. On this occasion, he embraced the philosophy that “Well done” is much better than “Well said.” He clearly empathized with the need of this customer… and he delivered. I want to express my appreciation to Scott for a job well done. The following event was recently conveyed to me. I want to personally say thank you to the faithful employees of our Hayward Rental location. These people clearly demonstrated what true customer service is all about.

Recently, Northern California has experienced enormous wild fires. These fires caused the greatest loss of life and property in California history. Two relatively new rental accounts for Med One, one located in direct line of the advancing fire and the other designated as the sight for fire evacuee patients, contacted our office needing help. The call came at 9:00PM the night of October 10th , the request being URGENT. Our Hayward office responded immediately. They worked into the early hours of the morning and into the next day… moving, setting up, and calibrating 25 bed frames and low air-loss mattress’ for the facility accepting evacuee patients from various skilled nursing centers.

"It is my personal belief that the price of our service and the quality of our product merely get us into the game. It is the customer service that wins the game."

I am told that the Hayward employees acted as if this was just one more day at the office. Sales reps, drivers, bio-med and office personnel all jumped into action like firemen going to a fire. Everyone had a job to do and they were all about getting that job done. What impresses me most is that these were new accounts. There were no previous long-term relationships or close friendships that had been built up over many years. The Hayward office treated these accounts as family members in need. Our employees clearly demonstrated that customer service is not a department… it’s everyone’s job. To each of you, I say thank you. These valued Med One employees demonstrated that the difference between “try” and “triumph” is just a little “umph.” Through their combined efforts, they exerted the necessary “umph” that defined their commitment to customer service. They defined by their actions what Mahatma Gandhi said about a customer. He said, “A customer is the most important visitor on our premises. He is not dependent on us…we are dependent on him. He is not an interruption in our work… he is the purpose of it. He is not an outsider in our business… he is part of it. We are not doing him a favor by serving him… he is doing us a favor by giving us an opportunity to do so.”

It is my personal belief that the price of our service and the quality of our product merely get us into the game. It is the customer service that wins the game. We are all about winning at Med One. We are all about providing incredible service. We are all about making a customer… not just a sale. Yes… it is hard for a free fish to understand what is happening to a hooked one, but our people have discovered the difference. Our people have learned that “keeping a customer demands as much skill as winning one.” And it is done by understanding our customers’ needs and being sensitive to what they are going through. A big thank you to our Med One employees who have discovered the secret to providing impeccable customer service. Med One truly is a “customer service” focused company.