What Makes a Person Trustworthy? 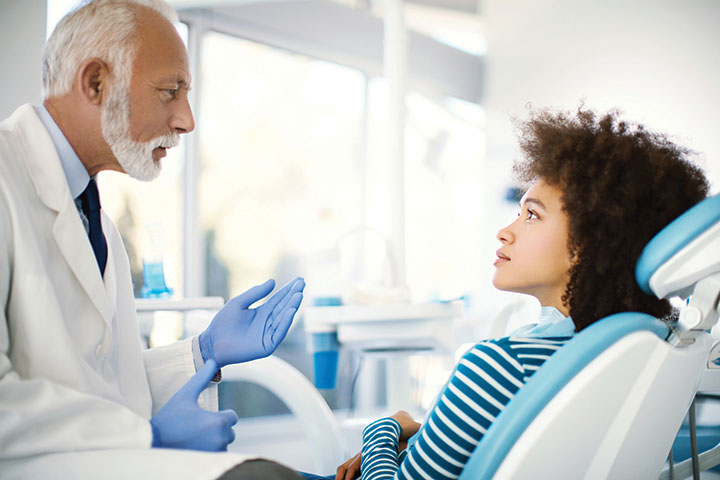 In a previous Med One To One issue, I stated that “It is greater to be trusted than to be loved.” Trustworthy people make life more pleasant, more comfortable, and even lower risk. Most things in life are centered on relationships and trust is a vital building block in human relationships – especially the happiest and most successful ones. Conversely, a lack of trust can lead to unhappy, dysfunctional, or ultimately destroyed relationships.

Recently I visited my dentist for routine cleaning. I say “my” dentist because our family has tried out several over the years. All of the prior dentists we’ve tried were trained, credentialed, skilled, experienced, and qualified. So why didn’t they make the cut for us? In our estimation, they were not trustworthy, which was a big deal to us. The following is a simple example that shows why. I have crowns on a few of my front teeth that were done in my early 20’s by someone that has long since retired. When I would go for a routine checkup, the other dentists I’ve seen over the years would generally say something like, “How old are your crowns? I could put you in something much better if you’ll let me…” and then proceed to inform me on all the reasons why I should swap them out. Dentists don’t get much enrichment from routine cleaning, but a crown replacement is a profitable procedure. We knew our current dentist was a keeper because he never attempted to up-sell me as the others did. Because of that, I trusted him enough to ask his opinion about the crowns. He then assured me that they shouldn’t need to be replaced for a good long time – and only when they either, clearly fail, or when I’m ready to upgrade them.

During my recent visit, the hygienist further confirmed this doctor’s honesty when she told me other dentists she had worked for, had told patients they had several cavities, when in fact, they really didn’t. They would just say this to get extra money out of them. Our doctor doesn’t work that way.

It is said that trust takes years to build, seconds to lose, and forever to rebuild. Being trustworthy can mean different things to different people, and certain factors may be weighted differently in the eye of the beholder, but as we think about our effort to be trustworthy to family, friends, co-workers, and customers, how do we measure up? Here are six contributing factors that stand out to me:

⇛ Reliability: I believe people want to see consistent, positive behavior in the people they put their trust. Affirmative actions and sound judgment make a difference: under-promise and over-deliver. Be punctual, and if for some reason, you cannot meet an expectation or commitment, communicate why and don’t make excuses.

⇛ Consistency: A trustworthy person will use roughly the same behavior and language in any situation. If others know what they can expect based on our prior performance or delivery of results, it is much easier for them to put their trust in us.

⇛ Sincerity: Say what you mean and mean what you say. Sincerity is free of pretense, deceit or hypocrisy. There is nothing wrong with charisma as long as it’s not phony or agenda-driven. Furthermore, authenticity blended with charisma is possible and can be a powerful combination.

⇛ Commitment: This could mean a commitment to the product, service, or idea you’re selling, which means you believe in it and stand behind it. More importantly, it should also mean dedication to a customer’s ultimate satisfaction with what you’ve sold to them.

⇛ Competence: The ability to demonstrate and be articulate about a product, service, or idea improves a person’s credibility and thus makes them more trustworthy. Expertise and “a way with words” alone does not equal trust.

“A culture in which people are honest by choice, not by compulsion is a healthy one.”

⇛ Honesty: As my dentist story showed, if you had none of the other above qualities, this might be enough to win trust – it is that important. People generally want to be around and interact with others who are truthful, stand up for what is right, and do so even when no one is watching.

A culture in which people are honest by choice not by compulsion is a healthy one. Trust based on morality has great advantages. It enables us to engage in a free market system where we wouldn’t be able to based on economic incentives alone. Honesty is essential not because of a grand unwritten moral code or societal expectation. It is essential because the alternative is to compromise who we are, what we believe, and even how we live.

One of the best things about being trustworthy is that people can easily count on you. They can give you the benefit of the doubt, let their guard down around you, and worry less about being taken advantage of. It may take constant conscious choices to earn trust, but the benefit of a relationship built on mutual trust is incalculable.