Med One to One Winter/Spring TWENTY TWENTY ISSUE 62

A Great Time to Be
Alive 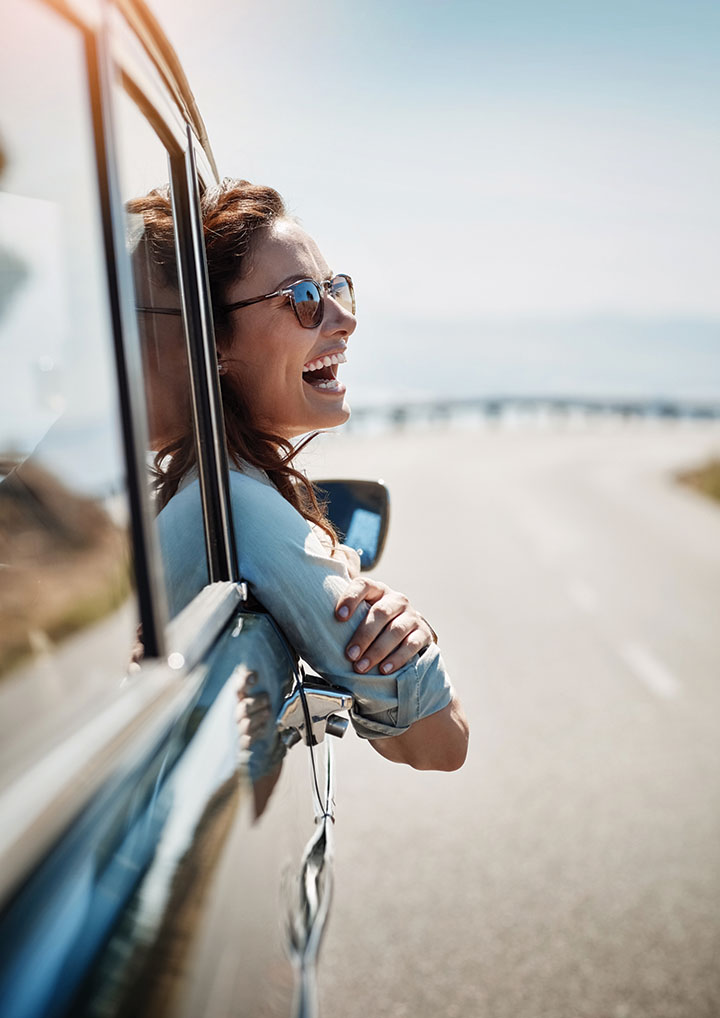 With Med One’s focus on hospitals and healthcare, I am ever aware of the tremendous impact of medical technology in our world and the improved quality of life it has led to. Consider this: More than 90% of medicine being practiced in our day did not even exist in 1950. Up until the mid-1940s before the pioneering of open-heart surgery, it was commonly believed and taught in medical schools that touching the human heart would cause it to stop beating. Think of the phenomenal progress that has been made in that area alone over the past seven decades! Truly, we live in a remarkable time in our world’s history.

In an article I read recently by economist John Phelan, the writer explained why in his view, we live in the luckiest era in history. Phelan shared that after his father passed away, one friend commented to him that “children burying their parents is the “natural” way of things.” He then reflected, “While I deeply appreciate what my friend was trying to say, it just isn’t true” and went on to share a brief and pointed history lesson about the “natural” way things used to be:

“Just North of St. Peter, MN on County Road 20 is Green Lawn Cemetery. In it, you’ll find the grave of Thomas Pettijohn, who died in 1897, at age 72, and his wife, Charity, who had died, at age 54, in 1879. What is striking are the other names on the family grave — Lydia, who had died in 1863, less than a year after her birth; Mary, who had died the same year, age 9; Thomas, who had died before his first birthday in 1869; Amos, who had died the following year, also less than 1 year old, and William, who had died, age 3, in 1878. Thomas and Charity buried five of their children before the children had reached their 10th birthdays.”

The tragedy of parents burying their young children was commonplace only a few generations ago and was not restricted to the poor classes and obscure settlers like the Pettijohns, but prevailed among all social classes.

As late as 1940, diseases like pneumonia and meningitis, which today can be prevented with fairly inexpensive antibiotics, just as readily took the lives of the “wealthy and powerful” as they did the poor.

Phelan’s point is this: for most of human history, the "natural" way of things was sadly for parents to bury their children rather than the other way around. In modern times though, these once common tragedies are extremely rare – particularly in the Western world. Consider that in 1860, the share of the global population that died in the first five years of life was 41%. As of 2017, it was only 4%. Furthermore, in 1900 in the United States, 1 of every 4 children died before their fifth birthday. Today it is 1 out of 167.

There are so many reasons to be grateful that we live in the time we do, and sometimes it just takes stopping and realizing what life has been like in ages past to remember how truly good we have it.

A 98% decline is an amazing success story. Why such a drastic change? The Industrial Revolution and Capitalism had a lot to do with it. The result was what economic historian Deidre McCloskey calls the Great Enrichment.

For much of history, humans existed and survived on what equates to roughly $3 a day. In good times, living standards may have risen slightly during good harvest years or times of relative peace, but one bad harvest or natural disaster could easily and quickly plunge families and communities back into desperate poverty.

Roughly 200 years ago, things began to change quickly. Today the average American lives on about $130 a day. Europe, Canada, Australia, parts of South America, and Asia have enjoyed similar progress. Author William Bernstein has observed that “not long after 1820, prosperity began flowing in an ever-increasing torrent; with each successive generation, the life of the son became observably more comfortable, informed and predictable than that of the father.” (Bernstein, The Birth of Plenty, 5)

In contrast to pre-industrial times, Bernstein also noted that in modern times, “Even the poorest citizens in the developed West have access to goods and services, such as reliable automobiles, television, and the internet, that were unavailable at ANY price a century ago.” (Bernstein, The Birth of Plenty, 20)

This huge increase in prosperity and availability of goods and services by the masses has given us remarkable access to affordable medicines and medical treatments, diets, clothing and shelter, transportation, communication and many other things that together have made such stories as the Pettijohns’ outliving their young children an anomaly in our day.

This so-called Great Enrichment — driven by capitalism, has had a direct impact on humanity and will continue to do so. Worldwide, there are 200 million fewer people undernourished than there were as recently as 1990! Since 1993, the percentage of total humans living anywhere on this planet in extreme poverty has fallen from 34% to 10%. That’s a reduction of approximately 1.1 billion people no longer living in extreme poverty. Since 2000, worldwide deaths from malaria have fallen by half. The income of the median person on the globe has doubled since 2003. Life expectancy is now higher than ever before on every continent in the world.

In a book entitled “The Power of Bad,” the authors pointed out: “Never before has the average person faced such a small threat from dying in war or other forms of violence,” Ninety percent of the world’s people have enough to eat; life expectancy in the poorest countries has increased by 30 years, and rates of literacy and education are up around the world. “Just about every measure of human well-being has improved except for one: hope.” (“The Power of Bad,” John Tierney and Roy F Baumeister, 2019)

None of this is meant to gloss over the fact that real problems and challenges to the human condition still exist in the world - certainly, they do – in large measure, but the progress noted above is very encouraging for current and future generations. There are so many reasons to be grateful that we live in the time we do, and sometimes it just takes stopping and realizing what life has been like in ages past to remember how truly good we have it. In terms of when and where to be born in this world’s history, to live today – especially in the United States - is really like winning the lottery!

I tend to be an optimistic person anyway, but when I learn more about the past and take time to remember all the things we have in the present that makes our lives easier, more pleasant, and more predictable, it gives me great hope for a bright future.