Med One to One Spring/Summer TWENTY TWENTY ISSUE 63 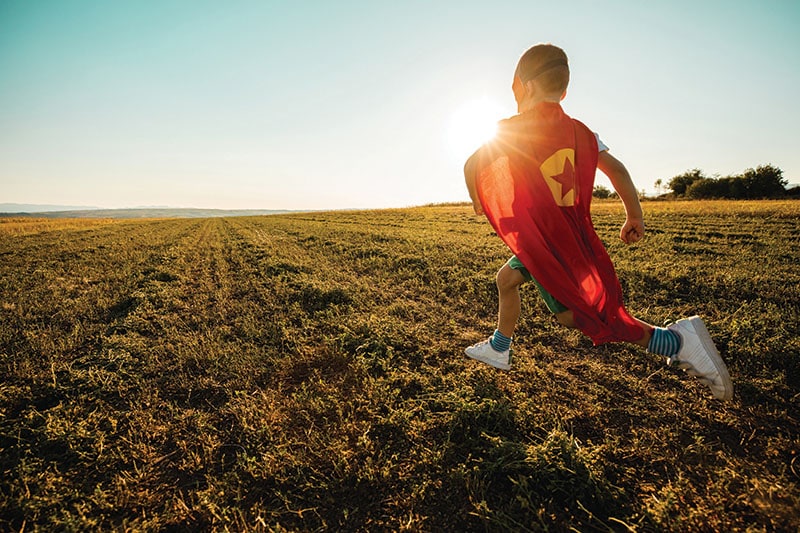 I have been preparing to write this article for several months. It is very appropriate that it comes at this time when so many are showing their personal heroism.

When I was young, I watched the heroism of Superman, Batman, Marshall Dillon, and many others as portrayed on the television and in movies. Along with my brothers, I would put on a towel as a cape and pretend to fly as I slid down a hill on my stomach or donned my holster with the cap gun and fought against the outlaws. I wanted to be a hero like the ones I saw on TV.

Over the past several years, I have been noticing heroism in what we would consider the common people all around us. When I find traits that I admire in others, I try to emulate what they do. It doesn't mean they are perfect or are heroic in all things, but they have that one thing about them that is special.

I have watched a young man who, with friends, was in a car accident. The experience so traumatized him that he had difficulty going out and traveling. To overcome his anxiety, he decided to go on a road trip to various parts of the United States. This was a courageous effort and has helped him to be a hero and brave the challenges of life.

My father-in-law had to undergo the removal of his leg due to a cancer that later took his life. I cannot recall him complaining about his life's situation, rather, he made the most of what he had. He didn't make a big deal out of what he did but simply went on his way. His strength to enjoy life no matter what the challenges made him a hero.

“ It has been my personal goal to see the heroic traits and actions of the plain, imperfect, but special people around me.

A young girl I know had suffered bullying because of a handicap she has. At a very young age, she decided she could turn things around and do what she could to help others to be happy. She didn’t do this with any extravagant events, but simply smiled at someone who seemed sad, or told another girl how pretty her dress was. She was uplifting to all around her. Her school teacher felt to tell her parents how much she had meant to the other children in her school class and how much difference her simple comments and smiles had made to the rest of the class as well as others in the school. She was a hero to all those who were enlightened by her kindness.

My father called me one day and told me that my grandmother, well into her 90’s was very ill and wasn’t expected to live long. He suggested that if I wanted to see her, I should visit her immediately. My wife and I made the two-hour drive to her home and found her confined to her bed. She didn’t have the strength even to feed herself. As I privately visited with my grandmother, I thought about all the things she had sacrificed to raise 13 children in difficult times. After all her effort, she was happy with the way her life had been. It was a life of quiet service to others. She confided in me that she felt she was now a burden and didn't feel she was of use to anyone and felt it was time to go. I felt inspired to tell her that allowing others to serve her was still a way she could serve them -- that letting them take care of her would be a blessing to her children. I could see the realization come to her that she still had some service to give.

Over the next year, her ten remaining children would take turns in two-week increments to stay with their mother and care for her as she had cared for them. At her funeral, I was amazed at how close the siblings had grown toward each other by serving their mother. Although they had never been really close before, their relationship with each other now had a special meaning and has remained close over the past several years. Allowing others to serve us allows them to be heroes.

I love to see the special qualities in others from their kindness, strength of faith, loyalty, caring, and many other qualities. It has been my personal goal to see the heroic traits and actions of the plain, imperfect, but special people around me. We don't have to be a superhero to be special in our own way, and the more I try to be like the many heroes around me, the happier I am and the more fulfillment I find in my own life.

We can all be heroes.