Med One to One Summer / Fall TWENTY TWENTY ISSUE 64

You might remember comedian Yakov Smirnoff. When he first came to the United States from Russia, he was not prepared for the incredible variety of instant products available in American grocery stores. He said, "On my first shopping trip, I saw powdered milk – you just add water, and you get milk. Then I saw powdered orange juice – you just add water, and you get orange juice. And then I saw baby powder, and I thought to myself, ‘WOW…what a country!’ ”

An old story tells of a judge who was questioning the defendant. “What are you charged with?” he asked. “Doing my Christmas shopping early,” replied the man. “That’s no offense,” said the judge. “How early were you doing this shopping?” “Before the store opened.”

During a moment when I was really down, my father gave me some wise counsel. He encouraged me not to be pushed around by the fears in my mind…but to be led by the dreams in my heart.

OUCH! Hopefully, none of us will go to this extreme to satisfy our desire to "get it now." We live in a world that craves immediate gratification. However, we must learn patience. We love instructions that say, 'just add water,' 'ready to eat,' 'cooks in one minute.' But along the way, we need to learn the art of waiting. There is no golden buzzer. There is no guaranteed formula for becoming an incredible parent, a genuine friend, a billionaire, or a successful business entrepreneur. There are, however, some alternatives to the golden buzzer. May I suggest a couple.

FIRST, I was encouraged by a friend to watch a series on Netflix entitled "All American." It is based on a true story about a football player growing up in a very rough part of Los Angeles. As I watched each episode, I began to notice a common theme…a theme carrying a message that resonated deep within me.

Block out your fears
Tackle your problems
Always finish strong

On the surface, it was clear that these messages applied to the game of football. But, don’t they also apply to each of us in our personal pursuit for success? Don’t we face personal fears nearly every day? Aren’t we confronted with problems at every turn? Aren’t we challenged daily to finish strong? 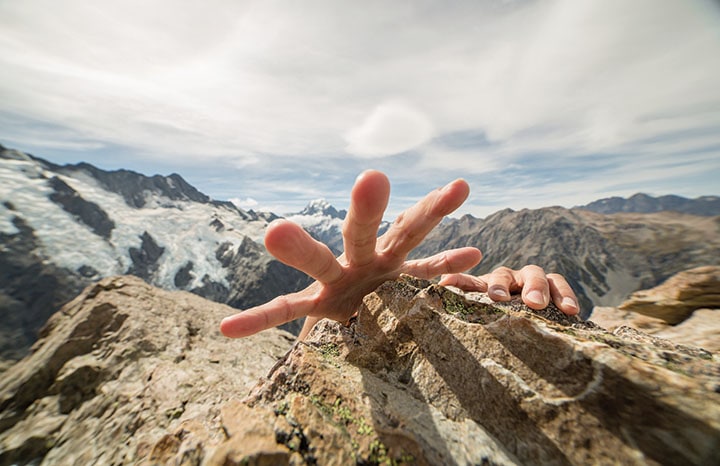 BLOCK OUT YOUR FEARS

Someone recently told me that the phrase “DO NOT BE AFRAID” is written in the bible 365 times. I haven’t personally counted them, but if it is true, it sounds like a daily reminder from God to live every day being fearless. But, oh…what a challenge!

I remember the fear that encompassed me when we first started Med One. It was almost overwhelming. It seemed like everything we really wanted was on the other side of fear. During a moment when I was really down, my father gave me some wise counsel. He encouraged me not to be pushed around by the fears in my mind…but to be led by the dreams in my heart. I embraced his advice, put my fears to rest, and moved forward. It became apparent that fear kills more dreams than failure ever will. As the years passed, Larry and I learned that the question really wasn’t…who is going to let us; it was…who is going to stop us. And the rest is history.

Some problems can’t be solved on our own. Sometimes we need to get the right person on our side. Several months ago, I read an article that emphasized this point. A story was told about a young man at West Point. He made the minimum height requirement by wearing heavy socks. Though he weighed only 120 pounds, he became a brilliant and effective second lieutenant.

Author Fred Herman, who tells the man's story, says that the officer drew as his first command one of the roughest, toughest platoons in the entire Army. He knew he had to win their confidence on day one. Mastering the platoon to attention in front of him, he thought he would put to rest the question about his size, once and for all.

“Men, there are two questions we must settle immediately,” he shouted. “Question number one. Is there anyone in this outfit who thinks he can whip me?” No one responded. The lieutenant put them at ease and tried again, repeating the question. Finally, the regimental heavyweight champion, who stood six feet, seven inches, and weighed 274 lbs, stepped forward.

“I believe I can whip you,” he said confidently.

Here is a guy who needed some help…and he found it. I am convinced that we can solve almost any problem if we surround ourselves with the right people. Isaac Newton said it best, "When we accomplish our goals and ultimately get to where we want to be, we generally do so by standing on the shoulders of giants." We need giants in our lives. We need others to help make up for our inadequacies. When one is lifted onto another's shoulders…both stand taller. We don’t need to pretend to be better than we are. By standing on the shoulders of giants, we can tackle almost any problem. 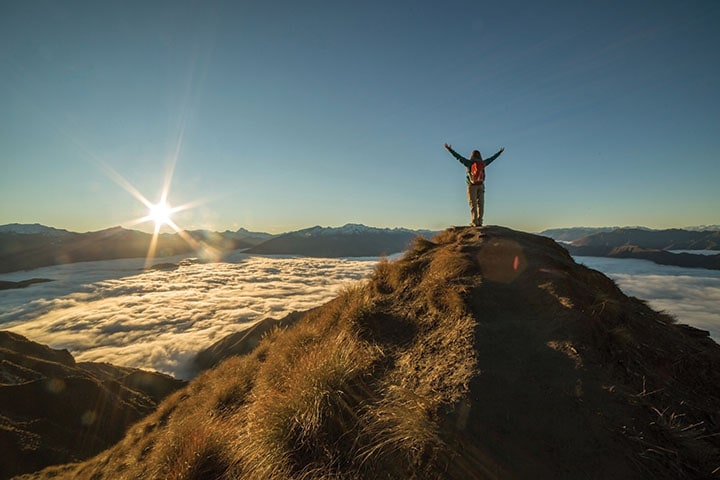 We live in a world that constantly says, "NO." Nothing hinders us like this little two-letter word. Each time we hear it, our confidence erodes, and discouragement creeps in. The easy path is to quit and give up. Hopefully, deep within each of us, there is a YES…a yes that is bigger and drowns out all of the NOs that surround us. It is an inner commitment to march forward and to finish strong. It is a commitment that will not allow us to quit or ring the bell.

At Med One, we are far from finishing. In fact, we are just beginning. It is our goal to build a legacy company that will be around for years to come. It is our desire to keep Med One debt-free and provide a safe haven for each of our employees. It is our commitment to stay strong... and we don’t plan on finishing anytime soon.

SECOND, I have discovered that there is another alternative to the golden buzzer. This is a behavior that will almost always guarantee success in everything we do.

It was taught by a professor at Bowling Green State University in Ohio. The behavior consists of three simple words. Three simple words that will almost guaranty our success. The words are...AND THEN SOME.

There are many ways to become successful in life. But the surest way of succeeding is to remember these three words...AND THEN SOME. These three words change everything.

There are many ways to become successful in life. But the surest way of succeeding is to remember these three words...AND THEN SOME. These three words change everything.

There is no golden buzzer. There is no easy way. But there are alternatives. For nearly 30 years, Med One has embraced these alternatives. We have overcome fear by facing it. We have tackled our problems by surrounding ourselves with individuals who compensate for our deficiencies. We have committed to keep going and always finish strong. We have embraced the three words…AND THEN SOME. There is no golden buzzer, but we firmly believe in a bright and prosperous future.