Med One to One Summer / Fall TWENTY TWENTY ISSUE 64

The Board of Directors

Over 29 years ago, Med One opened its doors and began serving the medical industry. I joined the company in year number three. Over the course of my time with the organization, there have been many ups and downs, with several course corrections and modifications to keep us moving forward. The growth that has occurred has been amazing to watch. We were a small group of about 9 or 10 people sharing a small office in Midvale, Utah. Now we are well over 100 employees with multiple locations on the East and West Coast. It will be quite an accomplishment as we celebrate 30 years in business next year.

As I look back on my time, I reflect on several decisions that were key in moving Med One forward. Some of those decisions would be considered smart, and others would fall into the category of "good learning opportunities." Our smartest decisions focused on building strong business relationships with key customers, vendors, and providers who continue to play a critical role in our ability to make medical equipment available.

About five years ago, Med One made another key strategic decision that would assist us in moving forward. We had built a strong company with a great business plan and unique culture, and our owners, Larry and Brent, had a deep desire to perpetuate the business rather than sell. They genuinely care about Med One and are committed to its future success. While there was great confidence in the Senior Leadership Team, it was determined that the creation of a Board of Directors would be an important part of ensuring future success.

After a well-planned and thought out process, the Med One Board of Directors was created. It consisted of the two owners – Larry Stevens and Brent Allen, as Chair and Co-Chair – with a secretary and seven independent directors. Each of these directors brought diverse skillsets and experience. They came from large, high-achieving organizations as well as smaller independently-owned businesses. Some have financial risk and accounting backgrounds, while others come from a marketing or sales background. All of them have considerable management experience and think strategically. Most importantly, the board members – like the employees of Med One – are deeply committed to the continued success of Med One.

At first, there was a bit of a transition period. We had to give the directors a quick introduction to Med One and explain what made us tick for the last 25 years. I’m not going to lie; at times, it was a little challenging because there were several instances when we were asked a question, and the answer was, "we just got lucky." In reality, it wasn't so much luck as it was putting ourselves in a position for luck to happen. Med One experienced success by challenging the traditional or "normal" ways of doing things. We were built on the idea that there was a better way to "make medical equipment available." We were determined to create solutions that really met the needs of our customers and allowed them to obtain the tools they required to provide proper care for their patients. 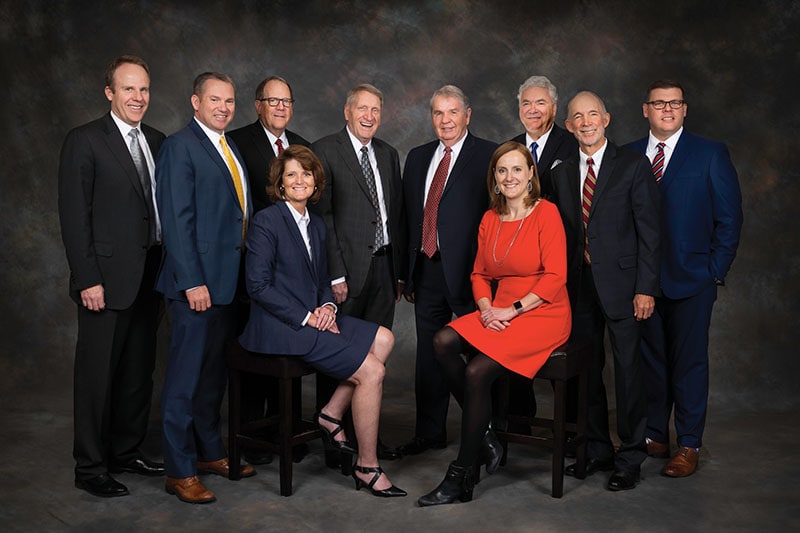 As the talks continued, the directors began to gain a greater knowledge and understanding of our unique business and the manner in which we had positioned ourselves in the market. Once we established some common understanding, things with the board really began to take off. Thoughts, ideas, and strategies were openly discussed. Employees with years of experience at Med One were able to gain insight from someone on the "outside" who would see things a little differently. Advice was provided – never with the intent to stifle creative thinking or squash an idea – but to make sure we were looking at things from different angles and that we were making the best possible decisions. These conversations were hard, challenging, and sometimes not much fun, but they were always beneficial.

One of the larger projects we took on with the board was a complete rebranding of Med One. For more than 25 years, Med One was known as Med One Capital. This was a great name in our early years when our focus was mainly on equipment finance. But over the years, Med One had evolved, and we provided solutions that involved much more than a typical lease. We wanted to create a name that allowed us to hold on to our strong reputation and years of history, while also creating a name that would be more representative of the entire organization. Our board of directors played a valuable role as we went through this process, and after 14 months, Med One Capital became Med One Group.

Our board has been in existence for five years, and just like Med One has evolved over the years, our interaction with and the role of the board has evolved. Rather than the traditional role of company oversight, our board has shifted its emphasis to working with senior leaders. In a recent article from our company publication, Med One To One, board member Bob Gross said, “the best and most productive boards spend less time looking in the “rearview mirror” and focus more on working with management to develop the strategies that will shape tomorrow’s future for the company and its employees and customers so that it will prosper in the face of today’s and tomorrow’s headwinds.” This forward-thinking, management-focused approach has been key to the success of several company initiatives.

Today, each board member serves on a committee that is led by a member of the Med One Senior Leadership Team. These committees meet on a regular basis and are focused on key areas that impact the day-to-day efforts at Med One as well as strategic planning for the future. Thoughts and ideas are shared and discussed, and then strategies and plans are developed. Follow up and reporting are key elements to the success of these committees. Once each quarter, we have a board meeting, where we are able to meet as an entire group to share the results of the previous quarter. We give updates on future projects, receive guidance and instruction on the industry outlook – and most importantly – look to the future to make sure we are doing the right things today, so we can continue our success in the years to come. As a senior leader at Med One, I am excited to continue our work with the board as we prepare Med One for many more years of dedicated service to our customers. With a focused emphasis on planning for the future, we are confident that our future will be bright and prosperous.

*This article was originally published by the NACD