If you have been in any type of teaching capacity, you’ll know that there are different types of students. Student 1 is the student that sets the goal to do as little as possible to obtain the lowest possible grade in order to pass. They find out what they need and do as little as possible to reach that goal. Once they have “reached” their desired goal, they’re content and don’t feel the need to do anything more just in case they need more points.

Student 2 is the student that strives to be at 100% or higher. They’re the kind of student that doesn’t need to be given tasks to perform; they know what needs to be done to obtain the highest grade. They are the students that go above and beyond.

Another example of this phenomenon can be found with athletes. There is no question about the desire and will demonstrated by players like Michael Jordan and the late, great Kobe Bryant. Both players willed their teams to victory and demanded excellence from those they played with. There are countless stories of these types of players staying after practices and games to continue improving because they knew they were doing more than their competitors. One story that reflects Bryant going above and beyond comes from former player Jay Williams:

"The game was at seven... this is the championship Lakers. I'm going to get there at 3:00, and I want to make sure I make 400 made shots before I go back into the room, and then I sit in the sauna and get ready for the game. Who do I see? I see Kobe Bryant, already working out.

"Once I set my foot across the line, I started working out. I worked out for a good hour, hour- and-a-half. When I came off after I was done, I sat down, and of course, I still heard the ball bouncing. I looked down. I'm like, ‘This guy's still working out?’ It looks like he was in a dead sweat when I got there," Williams said.

“He was like, ‘Cause I saw you come in, and I wanted you to know that it doesn't matter how hard you work, that I'm willing to work harder than you,’” Williams said.

There are countless stories about Kobe Bryant arriving to practice hours before anyone else or shooting shots after games. Players like Bryant, Jordan, and the NFL’s Tom Brady sacrifice how they eat, how they spend their time, and sometimes pay in order to be the best. They go above and beyond.

On the other hand, there are players who have been with a large amount of insane talent, but they would only do as much as was needed in order to get the next contract. They get enough of the stats they need in order for their next paycheck to be just a bit larger than it was previously. They don’t want to sacrifice how they eat to improve. They simply want to do the lowest amount of work possible to get by. 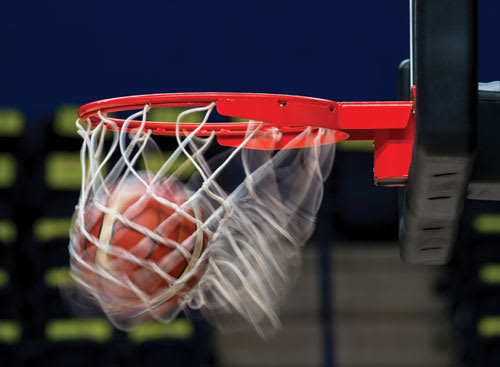 At work, we should ask ourselves the question, “what type of employee do we want to be?” Do we want to be that employee that goes above and beyond (while still following the other principles of the Med One Way)? Or do we want to do the minimum asked of us? Just enough to do well on our quarterly reviews.

With our customers, do they view us as someone that will go above and beyond to help ease their burdens? Or do we simply do just what is needed and hope that is enough?

These are all questions we should ask ourselves. The answer will be what separates us from our competitors and from others in the workforce.