Med One to One Fall/Winter twenty twenty-three ISSUE 73

MAN IN THE ARENA

When I was a freshman in college, many (many) years ago, I stumbled across a quote that helped me confront the challenges I experienced adjusting to a much more competitive academic environment. I kept an abbreviated version of this quote on my wall all through college and in my home office afterwards.

The quote now known as the “Man in the Arena” passage is from a speech by Theodore Roosevelt called “Citizenship of a Republic” he gave at the University of Paris in France on April 23, 1910:

“It is not the critic who counts; not the man who points out how the strong man stumbles, or where the doer of deeds could have done them better. The credit belongs to the man who is actually in the arena, whose face is marred by dust and sweat and blood; who strives valiantly; who errs, who comes short again and again, because there is no effort without error and shortcoming; but who does actually strive to do the deeds; who knows great enthusiasms, the great devotions; who spends himself in a worthy cause; who at the best knows in the end the triumph of high achievement, and who at the worst, if he fails, at least fails while daring greatly, so that his place shall never be with those cold and timid souls who neither know victory nor defeat.” 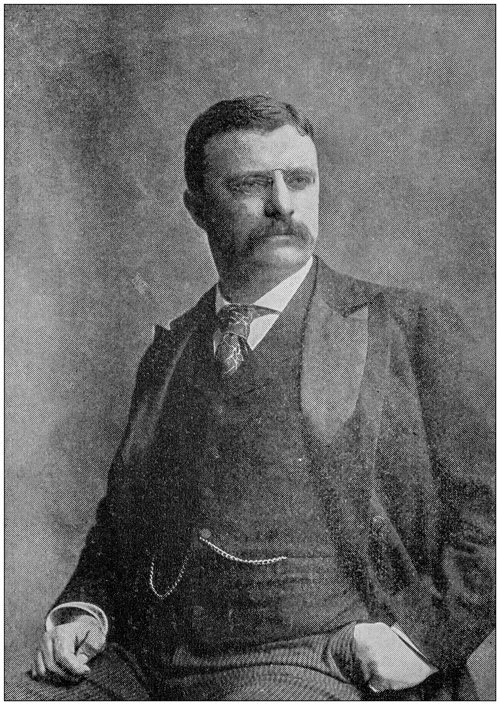 Roosevelt’s speech was so popular, it was immediately translated across Europe and made into a pocketbook which sold 5,000 copies in five days. This quote was used by Richard Nixon in both his victory speech in 1968 and his resignation address in 1974. Brené Brown, a popular author and speaker, attributes the writing of her best-selling book, Daring Greatly, to this passage. Nelson Mandela gave a copy of the speech to the coach of the South African rugby team right before the 1995 Rugby World Cup which they surprisingly won. A movie was later made about the story, swapping the quote for the poem “Invictus.” The “Man in the Arena” quote was used for the 2015 Cadillac ad. LeBron James has “#ManInTheArena” written on his shoes, and Miley Cyrus and Liam Hemsworth have it tattooed on their arms.

Now, I am not proposing we rush out and line up at the tattoo parlor or alter our wardrobes, but hopefully we can find meaning in this passage that will inspire us as well. As we approach a new year with uncertainty in the economy and challenges across the globe, I hope we will let this passage move us to see the opportunities and to engage more fully in the important roles we all play in the success of Med One. Each person at all levels and in all areas of the company contributes in a valuable way to our progress. Everyone is needed. We are all essential members of a great team.

As we allow ourselves the freedom to be vulnerable and enter the arena through hard work, we will surely be “marred with dust and sweat,” but we will arise with “wisdom and learning.” What didn’t work will show us more clearly what will work. We adjust our course, and we move forward, never settling for the comfortable seats outside the arena.

I look forward to the coming year with you and all the challenges and successes we will face. Whatever we encounter in the arena, we will do so together. As we valiantly strive to do our part with enthusiasm and devotion, I am confident the individual strong efforts of each one of us will create a collective “triumph of high achievement” and our place will be one of victory.