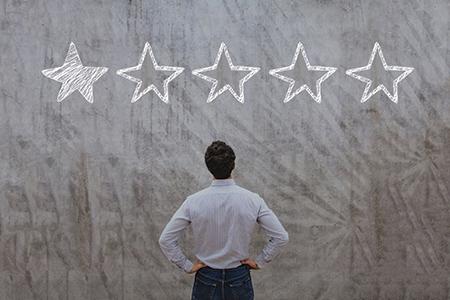 Think about what it might look like if company names reflected the way they actually run their business and interacted with their customers. Many of course, would be appropriately named for the virtues that they strive to promote. Hopefully that would be the case for Med One! On the other hand, in many instances such descriptive names could be downright incriminating for those that for one reason or another, choose to conduct business unfairly or unethically.

I had some fun thinking of hypothetical examples that may result in the leasing world based on feedback we’ve heard over the years regarding customers bad experiences with other sources.

Here are a few:

If anyone reading this EVER feels that Med One identifies with any of these sample names, please let us know so we can immediately set right whatever is causing such a perception.

In the past few Med One To One issues, I’ve highlighted elements of what a trusted leasing partner should be, versus business practices that in our view, do not promote trust or a productive customer relationship.

As we continually seek to champion the importance of customer friendly business practices in our industry, we are ever watchful of real instances in the marketplace in which other companies demonstrate examples of “what not to do.” One such example was brought to our attention in recent months. In summarizing the situation, business names have been removed. My objective is not to call out specific companies, but rather to bring to light the fact that these things we’ve been discussing are actually happening!

The account highlighted below comes from www.leasingnews.org By Tom McCurnin, Leasing News Legal Editor. It details one Lessor’s overly aggressive and even abusive use of the evergreen clause.

“Fair Market Value (FMV) leases usually call for the lessee to return the equipment or pay the FMV” explained the author. But what happens when there is a minor dispute as to some insignificant equipment? Today’s case raises the question of how a lessor took advantage of when most of the equipment is properly returned and a minor portion could not be found. Should the lessor accommodate the lessee? Should the lessor try to negotiate the proper value of the equipment? Or should the lessor act aggressively and sue the customer to realize continued lease payments via the evergreen clause? And is there a history behind this maneuver?”

"Think about what it might look like if company names reflected the way they actually run their business and interacted with their customers. Many of course, would be appropriately named for the virtues that they strive to promote. Hopefully that would be the case for Med One!

In 2011, a lease customer (lessee) began several equipment leases for new IT equipment on five-year terms. The lease contract(s) included options to return the equipment or pay fair market value at the end of the committed term. Assets on the lease included over 1,000 computers and other related items valued at over $10 million dollars. The customer reportedly paid the three leases according to term, and then chose the return option at maturity of the lease. In doing so, all assets were accounted for and returned to the lessor except for 2.6% of the total equipment items that were unaccounted for. To compensate they cut a check to the lessor of $58,000 to cover the missing items based on their appraisal of what the value would be at that time. Instead of accepting the check in good faith from the customer, the lessor instead returned the check to the lessee and instead of negotiating with the customer for the seemingly trivial amount, the lessor then continued to bill the customer for the leases on the basis of its evergreen clause. Predictably, the customer chose not to pay the additional lease payments, (close to $100,000 a month) asserting that their payment for the missing items had already satisfied the matter. The lessor then chose to sue the lessee for not honoring the monthly payments. We can only assume that this entire exchange did not include any reasonable communication from the lessor to its customer that if done in good faith, could have quickly and easily resolved the matter.

With the lawsuit, the lessee counterclaimed on the basis of breach of contract, breach of the implied covenant of good faith and fair dealing, and unjust enrichment. What is fascinating about the counterclaim as the author explained, is that “The same lessor had been sued three times alleging that they had a regular practice of disputing the fair market value on many other leases and exerting similar contractual will, by renewing leases and continuing customer payments.”

In the suit, the lessee revealed a video deposition of a former employee of the lessor who testified that this behavior was a standard practice of this lessor. Additionally, the lessee submitted to the court three similar lawsuits brought against the lessor.

The lessee further submitted that the allegations of blowing off customers to increase lease payments must be true, because (1) the lessor’s former employee said so; and (2) each of the three prior lawsuits brought against the lessor were based on the same unfair practices.

As the author pointed out, this particular case may not plow any new legal ground, but it is definitely a lesson in customer service.

A key part of Med One’s ongoing effort to be a trusted leasing partner for all our customers (present and future) is to apply fair and honest business practices in all of the lease deals we do. With that in mind, I fully endorse the takeaways from this situation identified by the writer. Namely:

“Recognize a Good Customer – they can be hard to come by”

“Be Mindful of Your Corporate Reputation”

Med One seeks ALWAYS to recognize, understand, and retain good customers. Without our customers we don’t have a business, and like most companies they are at times difficult to find, let alone keep. Maybe some lessors have an easy time coming by top tier customers so it makes no difference to them whether they lose them or not. We don’t see it that way. A single lease deal is simply the beginning of what we hope will be a mutually beneficial business relationship for many years to come! In the referenced story, the customer had paid over $10 million to the lessor which you would expect would warrant some leeway rather than a heavy-handed, narrow minded return policy that ultimately resulted in a hostile lawsuit. I think it’s safe to assume that the customer in this instance will not be leasing with that particular lessor anytime soon.

End of term negotiations aren’t without their challenges, but when a solid customer does it’s best to make something right and meet the contractual expectations. A lessor certainly ought to take notice of that effort and in good faith, and work with them on a mutually agreeable solution. That’s Med One’s goal on every deal. In the example above, the customer did the right thing by returning the equipment they had, then worked to reasonably make up the difference with a cash payment. Instead of accepting the customer’s solution, the lessor returned the money, renewed the lease on the basis of the evergreen clause, and ultimately sued them for not paying the renewal invoices. That is just absurd.

In our day and time of social media, customer reviews on products, and 24-hour news cycles, companies must be ever mindful of their corporate reputation. Any bad behavior or unseemly practice by any business can spread like wildfire, so it’s just not worth it to treat customers poorly. In the court case highlighted here, the allegations of unreasonably austere contract enforcement were attested by the company’s own former employees. The lawsuit which was intended to squeeze a settlement out of a former customer, in the end backfired on the lessor and is now a matter of public record.

"A key part of Med One’s ongoing effort to be a trusted leasing partner is to apply fair and honest business practices in all of the lease deals we do.

I have been in this business long enough to understand and know first-hand the amount of effort it takes to win a customer. It’s a constant effort, but when it’s done correctly and fairly, everyone involved wins and you can sleep at night knowing that you not only built a solid opportunity and a happy customer, but also did the right thing.

As Med One continually works to establish its reputation in the equipment leasing world, we hope that our efforts ultimately will lead to every customer seeing us not just as an equipment lessor, but as a valuable and trusted advisor in their asset acquisitions strategy.

Source: [Lessor] Goes to Evergreen Clause But History Catches Up to Them and They Settle, Leasing News Legal Analyst, Tom McCurnin, in www.Leasingnews.org on April 18, 2018.