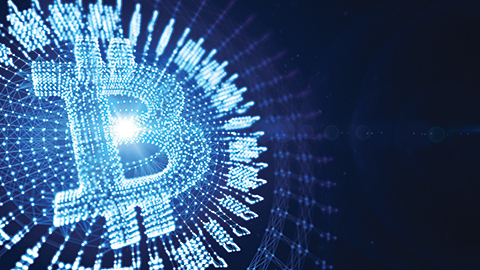 It’s been about a year since I have last talked about cryptocurrencies, and what a wild ride it has been since then. Bitcoin gained some traction in the latter half of 2017, peaking at almost $20k for each. Since then it has taken a rocky road down. One that many foresaw. Due to this, a major correction was needed for this market.

If you remember in my last article about cryptocurrencies from March 2017, I talked some about what they are, and why the blockchain tech could revolutionize medical records and other information. The market for these virtual currencies has exploded with people buying and chasing the next big thing within this blockchain tech. And because we all have a little FOMO (fear of missing out) people will buy things irrationally in the hopes that they will be on the winning side, but most are not. There have been many people who have started ICOs to raise capital. An ICO is an “Initial Coin Offering” which is like an IPO for a stock. Someone creates a token and sells it to raise capital. Many scams are out there. I have seen 3 specific instances this last year where an ICO was created, millions of dollars were raised, and the owners of the ICO ran with the money. Regulation has not caught up with these ICOs, and as such, most people are left hanging.

Investing in virtual currencies is about as risky as you get in the investment world. Like any new technology, until there is some time behind it, it will be very risky. Many people see investment as the only use-case for these virtual currencies. If you are one who just wants to dabble in this space, buying Bitcoin would be a good start. Generally, the other coins and tokens out there are just too unproven. While, investments are in the realm of a use case, they are not the only part of these technologies we should be looking at. While value is a metric, the blockchain protocol that was invented in Bitcoin allows for a public ledger that is trustless. There is no central database to decide what is truth. Everyone running on the network validates all the data through cryptography, and every computer knows every transaction, and has validated it.

Skeptics have called out this technology as a “fraud”, and have said that it will “break the Internet.” As one who has studied and understands the technology, I don’t see it. Bitcoin won’t be the payment network of the future. It will be an underlying large value asset. The Lightning Network, that was built on top of Bitcoin will be the payment network. The Lightning Network is what many call a “Layer 2” solution. It was designed from the ground up to be instant, and amazingly cheap. It uses Bitcoin as the settlement layer, and as such, reduces fees dramatically to almost nothing.

This technological advancement that people call Blockchain started as Bitcoin and will always be a part of what makes Bitcoin so amazing. In the future we will see applications we can’t dream of now using this trustless cryptography blockchain. I am excited as always for new technology, and I am excited to be a part of the Bitcoin movement in these early days.